High-net-worth divorce cases in England can be both unpredictable and extremely expensive, even when the parties have signed a well-drafted, thoroughly reviewed and subsequently modified New York prenuptial agreement containing substantial provisions for the lesser wealthy spouse. A case on point is Collardeau-Fuchs v. Fuchs, [2022] EWFC 6 (21 February 2022). 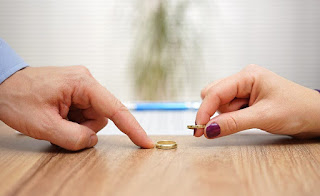 The parties had signed a New York prenuptial agreement, in which the husband had disclosed a net worth of more than £1 billion, and the wife a net worth of about £4 million. They had then signed a modification of the prenuptial agreement during the marriage. Fortunately for the wife, she was able to bring her divorce case in London, where the family owned an extremely valuable home. The family also owned extremely valuable residential properties in New York, France and other locations.

An interim decision in the case was rendered a few days ago, solely on the question of the amount of interim maintenance to be paid by the husband, pending the final resolution of the case. It was only an 8-year marriage, although in England it would be deemed a 12-year relationship since the parties had cohabited for 4 years prior to the marriage (or only for 2 years according to the husband).  The length of the relationship is a factor of far greater significance in England than in New York.

The prenuptial agreement, as modified, provided that the wife would receive a lump-sum payment upon a divorce of £23.5 million plus 18 years of rent-free accommodation at the family home in West London, valued at £30 million.

Under English law, the prenuptial agreement could not modify or limit the duty of the English court to provide for interim maintenance to parties in “need.” New York does not necessarily so provide. The decision of the English court by the Hon. Mr. Justice Mostyn -- an English High Court judge who had himself once achieved fame as a barrister with the nickname of “Mr Payout” because of the enormous sums he had won for divorcees – concerned nothing more than the extremely preliminary issue of interim maintenance.

The English court determined that, during the pendency of the divorce case, the husband must pay to the wife sufficient sums as would meet her “reasonable needs.” It held that English law required that the term “reasonable needs” must be interpreted in light of the standards enjoyed by the parties during the marriage. Since the reality was that “the husband and wife in this case belong to a tiny percentage of the world population who have control and management and entitlement to huge sums of money,” the wife’s “reasonable needs” must be considered “according to the standards of the ultra rich.” The court insisted that it had a duty to “avoid the risk of confining [the needs of the wife] by the application of scales that would seem generous to ordinary people.”

The court found that the portion of the parties’ annual living costs that was attributable to the wife, for the last full year before the parties separated, was approximately £855,000.00 ($1,368,000.00), of which about 55% (£475,000.00) was for (obviously lavish) vacations. This sum did not include the cost of staff for the West London house (two chefs, a house manager, 2 or 3 housekeepers, a launderer, and numerous contractors such as gardeners, pool maintenance builders, plumbers, electricians, and handymen) solely, as well as other “Overheads.”

Accordingly, the court ordered the husband to pay the sum of £855,000.00 a year to the wife on an interim basis until the conclusion of the case, plus £2.78 million a year for staff and overhead, for a grand total of £3.635 million (almost $5 million) per annum.

The court also ordered the husband to pay all of the wife’s legal fees, both past due and those yet to be incurred. Judge Mostyn explained that, although the litigation was only “at a relatively early stage,” the parties had nonetheless already incurred considerable legal costs which amounted to about £917,000.00, with another £288,700.00 anticipated through the end of the next month, for an interim total of £1,205,000.00 ($1.64 million).

Meanwhile, the very much larger issue of the full effect of the prenuptial agreement in England remains to be determined. In this regard, the contrast between New York and English law remains extreme. It is clear the public policy of the New York courts to encourage marrying couples to create certainty about their financial arrangements by entering into prenuptial agreements. The New York courts will enforce the terms of a well-drafted prenuptial agreement upon a divorce absent proof of unconscionability or extreme unfairness or duress, or other unusual circumstances. But courts in England are far more circumspect in their enforcement of such agreements, even when there has been full financial disclosure and independent legal representation. English judges remain particularly protective of the rights of less wealthy spouses and the need to consider “fairness” in determining whether to apply or modify the terms of a prenuptial agreement. The wife in the just-reported case seems to have been extremely fortunate, or extremely wise or strategic, to have been able to bring her case in London, and not in New York.

Posted by Jeremy Morley at 9:40 AM