As a means of preventing international child abduction, the English High Court has issued a consent judgment requiring that a mother be “electronically tagged” before being allowed to visit her child. Re A (A Minor) March 17, 2009.

The mother had wrongfully removed her child from England to her (unnamed) country of origin on two separate occasions. She had returned the child each time but only after the father had brought Hague Convention proceedings. The child was currently in the care of the father.

The issue before the court was whether the child should spend substantial periods of time with the mother under an interim order, pending a full “best interests” evaluation. The father was fearful that unless safeguards were put in place the mother would remove the child again.

The English legislation that adopted the Hague Convention into domestic law authorizes a court, when an application has been made under the Convention, to give “such interim directions as it thinks fit for the purpose of securing the welfare of the child concerned or of preventing changes in the circumstances relevant to the determination of the application.”

The court approved of an arrangement whereby the mother must be electronically tagged before being able to see the child.

The office of the President of the Family Division of the High Court has devised a procedure whereby electronic tagging can be arranged through the “Tagging Team” of the National Office for the Management of Offenders (NOMS).

Electronic tagging works by monitoring the whereabouts of the person wearing a tag, but only in a specific location. The tag is monitored by a device which needs to be installed in particular premises. That device monitors the tag, and the tagging office is notified if the tagged person is either not in the premises during the relevant times or if the tag is removed.

A tagging order is required to contain the following information:

(i) The full name of the person(s) to be tagged.

(ii) The full address of the place of curfew.

(iii) The date and time at which the tagged person agrees to be at home (and any other relevant places) for the installation of the monitoring device.

(iv) A schedule of the times at which the court expects the person to be at home (or any other relevant places) so that the service can monitor compliance.

(vi) The name and contact details of the relevant officer to whom the service should report to if there is any breach of the above schedule or if the person appears to have removed the tag.

Posted by Jeremy Morley at 1:49 PM

Like the United States, England has no exit controls. This means that one parent (or conceivably even a stranger) can take a child out of the country without the consent of the other parent.

The police forces in Humberside, England have announced their intention to crack down on this problem. It is a model that U.S. police forces should consider following.

Police officers working at Humberside Airport and King George Docks in Hull will check all passengers aged under 16 going through security to ensure they are traveling legitimately and not being taken out of the country illegally.

Police are reminding travelers to ensure they have all the appropriate documents with them when traveling, and those taking children abroad who are not their own should have suitable letters of consent and contact details from their parents in order to speed the process up for police checks.

Police officers at the docks and airport will check passports belonging to youngsters aged 16 and under to ensure they are traveling legitimately with the adults.Those not traveling with their parents or legal guardians will require proof of consent that the children are being permitted to leave the country without both their parents.

The police have announced that it is essential if people intend to take a friend or relative's child in or out of the country, they have written consent or supporting documents that can be verified if required by officers working at the ports. Failing to make these basic arrangements may delay travel.

Staff will use a passport reader to check outbound passengers and officers will also have access to the current child abduction list. Passports of all traveling children will also be checked against the Police National Computer wanted and missing database.

Posted by Jeremy Morley at 7:13 AM 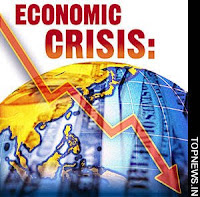 The global economic collapse has had divorced clients running to their lawyers seeking to rewrite divorce settlements or overturn divorce judgments that were made when assets value were far higher.

An English appeal court has just issued a key ruling on the issue of whether a court’s final judgment dividing divorcing parties’ assets can be reopened because of the impact of the current global financial turmoil on those assets.

In Myerson v. Myerson, the English Court of Appeal has issued a resounding “No!” Myerson v Myerson [2009] EWCA Civ 282.

The parties were divorced in London in February 2008. The wife was awarded 43% (about $16 million) in cash and real estate out of the couple's total assets of about $37 million. So the husband was left on paper with about $21 million. The problem for him was that it was all in the form of shares in a publicly traded investment company, of which he was the executive chairman. Indeed, that is what he had agreed to. Then the stock market crashed. Currently the shares are almost worthless. That’s not fair, he said.

“Tough,” said the English court (in substance). Paraphrasing the language of Lord Justice Thorpe, he said in substance to the husband: “You wanted to remain captain of the ship in your company. When a businessman takes a speculative position in compromising his wife’s claims, why should the court subsequently relieve you of the consequences of your speculation by re-writing the bargain at your behest? Anyway, the market goes up and down. Unusual opportunities are created for the most astute in a bear market. Finally, I am wary of opening the flood gates to this kind of submission. Your case is dismissed.”
Posted by Jeremy Morley at 6:52 AM