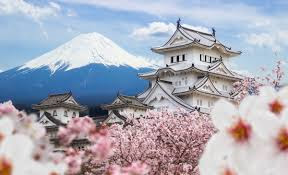 We just won a Hague Abduction Convention case in Sweden, working with Swedish counsel, and obtained an order to return the abducted children to Japan. Of the greatest importance, the Swedish court granted our express application that our client, the left-behind parent, is the parent who will take the children back to Japan.
Japanese family law is extremely weak. Child custody orders in Japan are essentially unenforceable.  Japanese law applies the one-parent rule, whereby only one parent is permitted to have custody of a child. Visitation rights are minimal and unenforceable. For these reasons, the parent who is in possession of a child in Japan is usually, by default, the custodial parent.
This has to be explained, and proved, usually by expert evidence, to a court handling a Hague petition seeking the return of a child to Japan.
It is often also necessary in such cases to handle suggestions from the abducting parent or the court about undertakings. These are provisions that impose conditions of the return of an abducted child. They might, for example, require that, before a child can be returned to Japan, a Japanese court should issue an order concerning the terms under which the parties should reside prior to the issuance by a court in Japan of a comprehensive custody order. Such conditions are completely counter-productive and entirely naïve when it comes to the return of children to Japan. Japanese courts do not issue such orders and, even if they did, they would be unenforceable.
For these reasons, it is critical to ensure that the focus is on which parent will take the child back to Japan because the reality is that legal system in Japan is essentially a vacuum when it comes to child custody and visitation. Basically, whoever possesses a child in Japan has de facto custody.
_____________________
Jeremy D. Morley handles numerous cases concerning Japanese family law. He lectured earlier this year on such issues at the Japanese Foreign Ministry and has frequently been called as an expert witness on Japanese family law in courts throughout the world.

Posted by Jeremy Morley at 7:31 AM

On April 1, 2019, the 1980 Hague Convention on the Civil Aspects of International Child Abduction entered into force between the United States and Jamaica. The United States now has 79 partners under the Convention.
Posted by Jeremy Morley at 7:20 AM