The Hague Convention was drafted upon the basis of a fundamental misconception. When it was negotiated it was anticipated that the abductors would mostly be noncustodial fathers. In fact, most parental international child abductors are the custodial parents of their children, most of whom are the children’ s mothers, as the U.K. Supreme Court has expressly acknowledged. Re. E [2011] UKSC 27 [2011] FLR 758. One might well ask whether such a clear-cut but sometimes harsh and blunt remedy as a prompt return would have been adopted if the drafters had understood this essential fact.
While some claim that most mothers who wrongfully remove their children across international borders are fleeing domestic violence, that is not consistent with what I see in running a very busy international family law practice. In my experience, most abducting parents are mothers who have been living in another country, often for only a relatively short period of time, in relationship with a national of that country or with a person who is located in that country for business, career or educational reasons. When the relationship breaks down she simply wants to “go home” with her child to her country of origin.
Such mothers often feel alone, a "fish out of water" in a foreign land without family or strong friends. They may not know the language or the culture. They may well have enjoyed living overseas while the relationship was strong but now that the relationship is over they feel isolated and often scared. They are almost certainly not familiar with the local legal system and they are probably unfamiliar with local social services programs. They may well have been cut off financially, both as to ongoing support and as to their access to bank accounts and credit cards. They may not be able to work because they do not have a work visa, or they lack the necessary language skills or know-how. Once the relationship is over, if not before, their in-laws may well have taken “his side” in the disputes that arise and may raise new complaints and demands and assert additional pressures. They very often feel utterly betrayed and completely out of place. They certainly may have been abused, most often psychologically and sometimes physically. They desperately want to go home to their family, their friends and the environment that they know and in which they feel safe.
The appropriate solution for such expat parents should be to seek a relocation order from the courts in the country in which they and their children are currently located. This is where, in my opinion, the theory falls down. Winning international relocation cases in most jurisdictions is tough and seems to be getting tougher. There is an inverse relationship between how difficult it is to succeed in asking a local court for permission to relocate with a child and how frequent it is that parents abduct their children. In recent years there seems to be a trend towards making international relocation even harder to obtain. That trend is designed to serve the interests of a child in having both parents in the child’s life and the interests of both parents in having their child in their life. I would submit that unfortunately the trend is often counter-productive. It is unfair to the expat parent who is stranded in a foreign country and it is unfair to the child whose primary care provider is upset, angry and beaten down and whose parents are at each other throats. The stranded parent often feels that she has no choice but to run away with her child.

However, all cases are unique – especially in this area of the law – and generalizations are dangerous.
Posted by Jeremy Morley at 10:38 AM

Update on Prenuptial Agreements in India


We have previously written -- www.internationalprenuptials.com/prenups-in-india.html -- that:


India has no law on prenuptial or post nuptial agreements. Such agreements are not common in India and are contrary to Indian customs and views about marriage. Nevertheless, the global publicity about celebrity prenuptial agreements is encouraging more affluent people to consider the idea in India.

There appears to be no significant case law in India on the topic of prenups or postnups.  Critically, the Supreme Court of India -- which is vested with extremely broad power to do justice between the parties and which has been quite active in matters concerning the grounds for divorce -- has taken no stand on the matter of prenuptial agreements.

It is therefore essential to understand that while prenuptial agreements might be a valuable way for parties in India to express their intention concerning the nature of their financial relationship, it is not possible to assure -- or even to expect -- that such agreed terms will be upheld in an Indian court.

International clients should also anticipate that prenuptial and post nuptial agreements entered into while they reside outside India will likely not be enforced if either of them should initiate a divorce case in an Indian court.


Now, the Times of India reports that India’s Ministry of Women and Child Development has called for consultations on the issue of whether prenuptial agreements should be recognized in India. Reportedly, the ministry feels that the move will protect the interests of women who are in live-in relationships or marriage. "Our intention is that in the event that the marriage gets in to trouble, a woman should be able to get financial support without going through a lengthy, expensive process of divorce which may act as a drain on her resources and she may not end up with anything. The consultation will help us address the way forward,'' an official said.
Meanwhile, India’s Ministry of Law and Justice has reportedly confirmed that, “The prenuptial agreement is not recognized in India. Most couples, mainly those who are rich and influential, enter in to an agreement under the Indian Contracts Act. However, this has not been legally upheld in court.'' Since marriage in India is not seen as a "contract'' there are legal issues in enforcing it upon a married couple. Only a "nikah'' or a marriage under Islam is a contract but that is under the Muslim Personal Law and has its own rules related to mehr and maintenance.
Posted by Jeremy Morley at 9:45 AM 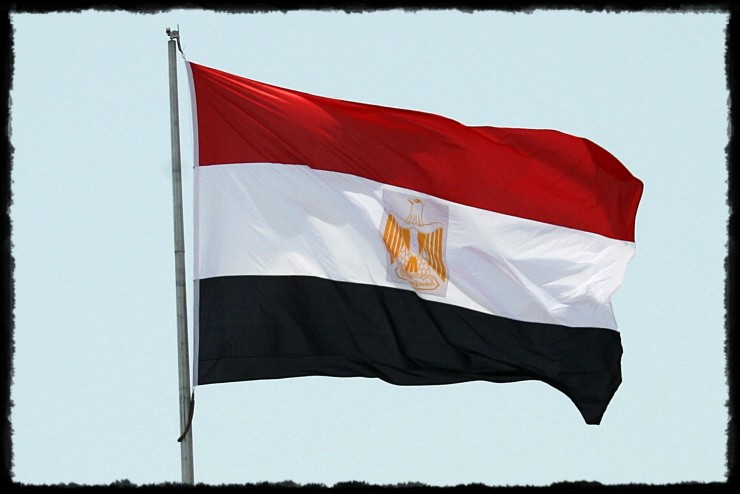 
The Court of Appeals of Washington State, Division One, has issued a Commissioner’s Ruling refusing to allow discretionary review of a lower court ruling that held – based on the expert evidence of international family lawyer Jeremy D. Morley, as well as another expert – that Egypt's child custody laws violate fundamental principles of human rights.


Consequently, although Egypt is the child's home state under the UCCJEA, the Washington court may assert jurisdiction.


The trial court found, inter alia, that Egyptian family courts apply specific Sharia law rules to child custody cases, under which a Muslim mother is disqualified from custody if she does not raise the child as a Muslim and / or if she does not comply with Muslim religious requirements or if she remarries or moves away from the father’s domicile. It also found that Sharia child custody law in Egypt does not adequately take into account acts of domestic violence perpetrated by the husband against his wife and that a husband is entitled there to use physical force against a “disobedient” wife. Thus, there is “clear and convincing evidence that Egyptian child custody laws violate fundamental principles of human rights.”


For this reason the Washington court found that the Egyptian courts had no child custody jurisdiction, even though the parties and their son had lived in Egypt at all relevant times until the mother, without the husband’s consent, left for the United States with the child, and even though the husband filed a case for custody in Egypt within six months thereafter.


The so-called “escape clause” in the UCCJEA has not been much used thus far.  A key reason for this is that there has often been a failure to offer effective expert evidence concerning the laws and procedures of the foreign country. The Washington case demonstrates the value that such evidence may provide.
The Commissioner cited with approval a decision by the Louisiana Supreme Court under the UCCJEA's predecessor, the UCCJA, which had affirmed the trial court's conclusion that declined to recognize Egypt as a "state" "for purposes of determining jurisdiction based on the fundamental differences between Egypt's child custody laws and Louisiana's child custody laws."
Posted by Jeremy Morley at 10:46 AM