The U.S. Court of Appeals for the Sixth Circuit has issued a highly significant ruling on the grave risk of harm defense to a Hague Convention international child abduction petition. Simcox v. Simcox, File No. 07a0502p.06; decision dated December 28, 2007. The decision speaks to the role that undertakings should play in rulings that concern the defense.
The Sixth Circuit held that Hague cases concerning abuse should be categorized into three broad categories.
The first category is that of cases in which the abuse to the minor is relatively minor. In such cases “it is unlikely that the risk of harm caused by return of the child will rise to the level of a “grave risk” or otherwise place the child in an “intolerable situation” under Article 13b.” The Court held that, “In these cases, undertakings designed to protect the child are largely irrelevant; since the Article 13b threshold has not been met, the court has no discretion to refuse to order return, with or without undertakings.”
The second category is that of cases in which the risk of harm is clearly grave, such as where there is credible evidence of sexual abuse, other similarly grave physical or psychological abuse, death threats, or serious neglect. The Court held that in these cases, undertakings will likely be insufficient to ameliorate the risk of harm, given the difficulty of enforcement and the likelihood that a serially abusive petitioner will not be deterred by a foreign court’s orders. The Court cited Van de Sande v. Van de Sande, 431 F.3d 567, 570 (7th Cir. 2005) for the proposition that unless “the rendering court [can] satisfy itself that the children will in fact, and not just in legal theory, be protected if returned to their abuser’s custody,” the court should refuse to grant the Hague petition.
The third category is that of cases “that fall somewhere in the middle, where the abuse is substantially more than minor, but is less obviously intolerable.” Whether, in these cases, the return of the child would subject it to a “grave risk” of harm or otherwise place it in an “intolerable situation” is “a fact-intensive inquiry that depends on careful consideration of several factors, including the nature and frequency of the abuse, the likelihood of its recurrence, and whether there are any enforceable undertakings that would sufficiently ameliorate the risk of harm to the child caused by its return.”
The Court held that in this middle category, “undertakings should be adopted only where the court satisfies itself that the parties are likely to obey them.” Thus, undertakings would be particularly inappropriate if the petitioner has a history of ignoring court orders. It stated that, “Where a grave risk of harm has been established, ordering return with feckless undertakings is worse than not ordering it at all.”
The Court found that the case at bar fell into the middle category. Although it was a close question, the mother had met her burden of establishing a grave risk of harm. The nature of abuse was both physical (repeated beatings, hair pulling, ear pulling, and belt-whipping) and psychological (the father’s profane outbursts and abuse of the children’s mother in their presence). They were not isolated or sporadic incidents. A psychologist had found that all but the youngest child were suffering from some level of post-traumatic stress disorder. Such psychological trauma could be exacerbated if a child is returned to and comes again into contact with his father. Although the youngest child appears to have largely escaped the physical and psychological injuries suffered by her older siblings, “nothing in the Convention requires that a child must first be traumatized by abuse before the Article 13b exception applies.”
The Court then examined the district court’s undertakings. That court had conditioned the return of the children to on (a) their remaining in the custody of the mother in the family’s residence in until the heard and determined whether a protective order would be appropriate; and (b) the father having no contact with the mother until the determined access and visitation rights.
The Sixth Circuit found two problems with the undertakings. The first problem was that the court ordered the mother herself, not just the children, to return to . The mother could defeat the order of return by simply refusing to accompany her children to . Assuming that the district court could not compel the mother to return to , the court must provide for a contingency to assure the children’s safety and care should she choose to remain in the .
The second problem was that “there may be doubts as to the enforceability of these undertakings.” The reason for such doubts was that the district court had already found that the father had exhibited “an arrogance, a need to be in control and a tendency to act out violently.” The Sixth Circuit ruled that “such traits raise questions as to [the father’s] willingness to abide by the court’s undertakings, as do his threats to have his wife arrested upon her return to . However, the latter claim may well be mere bravado, based on [the father] claiming a power he does not possess.”
Accordingly, the Court remanded the case to the district court to determine what undertakings, if any, will be sufficient to ensure the safety of the children upon their return to pending the outcome of custody proceedings.
The Sixth Circuit provided some guidance to the court below by stating that,
Posted by Jeremy Morley at 11:23 AM

In Crossley v. Crossley, the spouses had signed a prenuptial agreement in . The wife asked the divorce court to ignore it because her husband had failed to tell her of the full extent of his fortune. He retaliated by successfully asking the court to disregard normal divorce procedures and to “short-circuit” the case, because the marriage was short and childless, both parties had independent wealth and they had signed a prenuptial agreement.

The Court of Appeal upheld the short-circuit procedure. Lord Justice Thorpe said that if ever there is to be a paradigm case in which the court will look to the pre-nuptial agreement as not simply one of the peripheral factors of the case, but as a factor of magnetic importance, this was just such a case.

The Court of Appeal appears to have sent out a clear signal that in such cases the prenuptial agreement is likely to be the paramount factor, and there will be little opportunity to argue other issues.

Lord Justice Thorpe also called for legislation to clarify the status of prenuptial agreements. He admitted that it bothered him that this decision may have already elevated their status beyond what current legislation provides and he complained – most justifiably, in this writer’s opinion – that the British Parliament seems “quite incapable of dealing with such potentially controversial moral matters as reform of the divorce system,” leaving the courts to keep up with the “ever-changing Zeitgeist.” 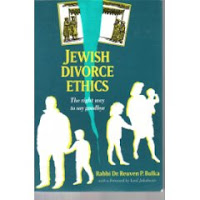 The Supreme Court of Canada made a rare foray into the religious forum yesterday, coming to the aid of a 48-year-old Jewish woman whose estranged husband had stubbornly refused for 15 years to grant her a religious release from their marriage:


A 7-2 court majority said that judges must tread warily when they adjudicate religious matters, but that it would be wrong to shy away when a bedrock Canadian principle - such as gender equality - is jeopardized.
The court awarded $47,500 to the plaintiff, Stephanie Bruker, on the basis that her right to remarry and have more children within her faith was unfairly curtailed by her vindictive ex-husband, Jason Marcovitz.
Writing for the majority, Madam Justice Rosalie Abella said that courts are empowered to referee religious disputes provided they "take into account the particular religion, the particular religious right, and the particular personal and public consequences - including the religious consequences - of enforcing that right."
However, two dissenting judges - Madam Justice Marie Deschamps and Madam Justice Louise Charron - issued a dire warning that by intruding into religion, the decision will drag the courts into potentially explosive cases where they have no place.

"The courts may not use their secular power to penalize a refusal to consent to a 'get,' failure to pay the Islamic mahr [dowry], refusal to raise children in a particular faith, refusal to wear the veil, failure to observe religious holidays, etc.," they said. "It has taken the Canadian state centuries to reach the still precarious balance we now have."
Married on July 27, 1969, Ms. Bruker and Mr. Marcovitz of signed an agreement setting out how they would settle matrimonial disputes if their marriage broke down. It included a commitment to attend a rabbinical court in order to obtain a get.
However, when they did split up in 1980, Mr. Marcovitz, 65, refused to adhere to the agreement he had signed. He also disparaged his wife's devotion to her religion and accused her of restricting his access to his daughters. He said the courts could not intrude into the dispute without violating his religious freedom guaranteed under the Quebec Charter of Human Rights and Freedoms.
Lawyers for Ms. Bruker countered that the agreement was an enforceable contract. They sought monetary damages on the basis that Ms. Bruker had been unable to remarry and any children she might have would not be seen as "legitimate" within her faith.
In 1995, Mr. Marcovitz relented, agreeing to grant a get. But it was too late. By this time, Ms. Bruker was 46, unmarried and past child-bearing age.
"This represented an unjustified and severe impairment of her ability to live her life in accordance with this country's values and her Jewish beliefs," Judge Abella wrote for the majority. "Any infringement of Mr. Marcovitz's freedom of religion is inconsequential, compared to the disproportionate disadvantaging effect on Ms. Bruker's ability to live her life fully as a Jewish woman in ."
Judge Abella said that the matrimonial agreement the couple signed was akin to a binding contract. Only a male can consent to a get, she added, and the Jewish community generally disapproves of a man who refuses to grant one.
But Judge Deschamps noted in her dissenting reasons that, under both Canadian and law, nothing prevented Ms. Bruker from remarrying if she chose to do so.
"Only her religious rights are in issue, and only as a result of religious rules," she said. "Where religion is concerned, the state leaves it to individuals to make their own choices. It is not up to the state to promote a religious norm. This is left to religious authorities ... In short, contract law cannot be relied on to enforce religious undertakings."
Source: Globe & Mail, December 15, 2007
Posted by Jeremy Morley at 8:14 PM

The amendments under consideration include:
Posted by Jeremy Morley at 7:37 AM 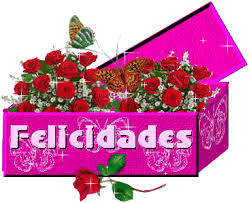 Our heartiest congratulations to our British client whose tiny baby was abducted by the Mexican father from to . http://familylawinternational.blogspot.com/2007/07/mum-fights-for-abducted-babys-return.html

The mother and her family endured months of unbelievable worry, fueled further by the father’s death threats and outrageous claims as he was “on the run” in . The family mounted a campaign of civil and criminal cases, enlisted the support of governmental officials in three countries and remained focused throughout on the goal of doing whatever was needed to get the child out of the hands of a very dangerous person. In the end psychological manipulation seems to have done the trick.

is a very difficult place in which to track down a child and get results but this family has pulled it off. They are now home, safe and sound, in .

A very happy Christmas to them all!

Posted by Jeremy Morley at 7:13 AM