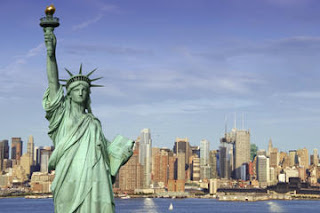 In what circumstances may a custodial parent relocate to another state (or country) and take the children? What law applies and how will the Court make this decision?
"In reality, cases in which a custodial parent's desire to relocate conflicts with the desire of a noncustodial parent to maximize visitation opportunity are simply too complex to be satisfactorily handled within any mechanical, tiered analysis that prevents or interferes with a simultaneous weighing and comparative analysis of all of the relevant facts and circumstances...
We hold that each relocation request must be considered on its own merits with due consideration of all the relevant facts and circumstances and with predominant emphasis being placed on what outcome is most likely to serve the bests interests of the child."
From the New York Court of Appeals, Tropea v. Tropea.
The courts in New York regulate such moves carefully. The factors that the courts consider are numerous and unlimited. They include:
-The reasons for the proposed move (economic, health, remarriage, "fresh start," other family members, etc.
-The effect of the proposed move on parental visitation.
-Whether visitation can be suitably revised.
-Any provisions in a separation agreement concerning relocation.
-The disruption of relationships in the event of a move.
-The involvement of each parent and others in the child's life.
-The distance and required travel arrangements involved in the move.
-The living conditions and the educational, recreational, medical and other facilities available in the new location.
-The results of any home studies regarding the parties' current circumstances and the proposed new location.
-The likely psychiatric impact upon the parties and the child if there is a move or change in custody.
-Any violation of prior court orders.
-The impact of the relocation on the noncustodial parent.
-The possibility of transferring custody to the noncustodial parent in order to allow the custodial parent to move.
-The feasibility of a parallel move by the noncustodial parent.
-The good faith of the parent requesting the move.
-The child's attachments to each parent.
-The lifestyle of the child in each location, including emotional, educational, and economic factors.
-The effect of hostility between the parents in each location.
-The effect on grandparent and other extended family relationships.
-The safety of the child and the safety of either parent from physical abuse by the other parent.
-The preference of the child when of sufficient age and capacity to reason so as to form an intelligent decision.
-The needs of the child.
-The stability of the home environment offered.
-The quality and continuity of the child's education.
-The fitness of the parents.
-The geographical proximity of the parents' homes.
-The extent and quality of the time spent with the child prior to or subsequent to the separation.
-The parents' employment responsibilities.

Posted by Jeremy Morley at 2:01 PM