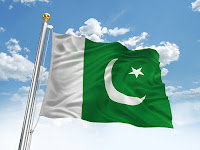 
In a recent case in a state court in the United States, I testified as an expert witness that in my opinion if a parent were to relocate to Pakistan with the parties’ child, and were then to violate the rights of the left-behind parent, then:


a.                    The courts in Pakistan would have exclusive jurisdiction under the laws of Pakistan as to all matters concerning the custody of the child;


c.                   The left-behind parent would be required to initiate judicial proceedings in the courts in Pakistan in order to seek access to the Child;


d.                  The access provisions of the Hague Convention on the Civil Aspects of International Child Abduction would not apply and, in any event, would not be enforceable;


e.                   Pakistan has been consistently non-compliant with international norms concerning the return of children who are abducted to Pakistan;


f.                    The visitation rights in Pakistan of a parent without residential custody of a child are usually limited to short intermittent daytime visits in the close vicinity of the child’s place of residence, often in a crowded courthouse or similar public place;


g.                  There is no significant likelihood that a court in Pakistan would order international visitation of the child;


h.                  There is no significant likelihood that the authorities in Pakistan would enforce an order requiring international visitation to the United States over the objections of the Pakistani mother;


k.                  Any court proceeding in Pakistan concerning access to the child would most likely be exceedingly slow, unpredictable and difficult, and would likely require the repeated personal presence of the left-behind parent over extended periods of time;


l.                    In attempting to secure access to the child in Pakistan, the left-behind parent would need to spend very considerable sums on legal fees, travel costs and other expenses; and


Other expert witnesses offered evidence in support of the request for relocation.


The court denied the request to relocate the child to Pakistan.
Posted by Jeremy Morley at 12:33 PM

My article, India’s ‘Bindal’ Committee promotes international child abduction has been published in the current (9/18) edition of the International Family Law Journal.
In the article, I explain that the debate in India concerning the prevention of international child abduction to India, and India’ s potential accession to the Hague Convention on the Civil Aspects of International Child Abduction, took a major turn for the worse with the publication in May 2018 of a report by a committee headed by Justice Rajesh Bindal and appointed by India’ s Ministry of Women and Child Development.
The Committee rejected the fundamental thesis of the Hague Convention, which is that abducted children should normally be promptly returned to their habitual residence, without a determination of the custody issues concerning the children, unless one of six very narrow exceptions is established.
Instead, the Committee insisted that abducted children should not be returned to the country from which a parent has abducted them unless it is in their best interest to do so and unless any one of several other broadly-described exceptions is shown to exist.
The Committee’ s report includes a proposed statute which would establish a quasi-judicial “Inter-Country Parental Child Removal Disputes Resolution Authority” in India to handle international child abduction cases.
In my opinion, the proposed legislation would provide a green light to parents to snatch their children away from their other parents and from their places of habitual residence outside India, would further cement India’ s status as a proven safe haven for international child abduction, and would further encourage international child abduction to India.
In the meantime, the Committee’ s report makes it clear that left-behind parents should not normally expect that the courts in India will ever cause an abducted child to be returned, if the abducting parent claims that it would be unconducive or unbeneficial to do so.
Posted by Jeremy Morley at 12:13 PM