We represented the mother in successfully defeating International Child Abduction Convention portion of this case in .

A boy, 12, will live in the with his mother. His father can visit but can't take the boy to visit against his will

A custody tug-of-war spanning two continents was settled Monday in County court [], ending a protracted dispute embodying international treaties and questions of travel safety.
Alejandro Ramirez Polania, a 12-year-old in , will live in the with his mother, a judge ruled. His father, who lives in , may visit, according to the settlement agreement, but the boy will not be forced against his will to visit a country where his mother fears he might be a target of kidnappers. The case resulted in at least one complaint to the Judicial Standards Commission about Judge Craig Brown, who since has stepped down from the bench. Alejandro's mother, Claudia Krehbiel, also filed a federal lawsuit against the state attorney general because of her dissatisfaction with Brown's finding in August that was safe enough for her son to visit. During a four-day hearing in July and August, experts debated the safety of in a courtroom. A former FBI agent and a Colombian colonel testified to dangers lurking in the capital. The father presented reports showing a decline in crime.

Judge removes self
After the complaint to the judicial standards commission, a grievance that was never publicly investigated, Brown removed himself from the case. When Brown stepped down from the bench in May, he did not reveal his reasons for the sudden departure. As the family waited for a hearing in front of a different judge, mother, son and stepfather tried to enlist a global audience in their battle. The Web site savealejandro.com shows a picture of Alejandro, his arms crossed, standing by an American flag. "My life, my story. ... please help keep me safe!" the banner reads. Alejandro moved to the with his mother when he was 6. His parents, both native Colombians, never married. But both wanted to play a role in his life. The judge ordered regular communication via e-mail and other computer technologies. He ordered the family to take down the Web site and said the visitation issue could be revisited only through a court order.
The News & Observer, Jun 24, 2008, Anne Blythe, Staff Writer
Posted by Jeremy Morley at 9:44 PM 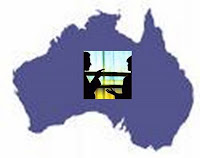 There seems to be a rash of child abductions out of -- although perhaps this is simply because many Australian cases are coming my way.

My theory is that it is partly a result of the recent changes in Australian child custody law.
The main and eminently laudable objective of the 2006 amendments to Australia's Family Law Act was to ensure that the best interests of children are met by ensuring they have the benefit of both of their parents having a meaningful involvement in their lives, "to the maximum extent consistent with the best interests of the child.” Section 60B(1)(b) Family Law Amendment (Shared Parental Responsibility) Act 2006.

A consequence of the new law is that child relocation is now extremely difficult in , leading to desperate measures.

Consider a typical scenario of an American, British or Canadian woman marrying her gorgeous Aussie guy and discovering after she has moved over there and had a baby that he is not the man she thought he was.

He may be violent, or he may have lost his job, or he may be a womanizer, or he may not help her with child care -- or all of the above. They may live in a remote town or distant suburb. She will likely have no family or social support. They break up and she is suddenly alone, a single parent who is scared, broke and lonely. She desperately wants to "go home," to the community where her parents, extended family and lifelong friends live and where she is qualified to get a reasonable job.

A similar fact scenario if brought to court in a , Canadian or court might very well lead to a relocation order in favor of the mother, provided she allows substantial contact with the father.

However, the result in may well be completely different. Her relocation application will likely be denied if her husband objects and makes some effort to see the child.

At that point becomes a prison for her and she may be tempted to run home regardless of the law. Given the power of the Hague Convention she will then after a heartbreaking trial be forced to return her child to Australia, which means that she will have little choice but to go back also, but now she is branded a child kidnapper and she faces a judgment for the father's legal fees and expenses on top of having already prevailed on her family to have invested their life savings in the effort to keep her and the baby home in the States.
Something needs to change.
Posted by Jeremy Morley at 9:32 PM 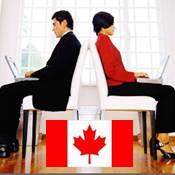 Just as divorced couples sometimes share future assets, they also should have to share future debts tied to the marriage, the Supreme Court of Canada ruled yesterday.

The 6-1 decision puts a Vancouver woman on the hook for part of her former husband's unascertainable tax liability arising from tax shelters he bought during their marriage.

"It seems self-evident that, generally speaking, both assets and debts need to be considered in order to ensure fairness upon the breakdown of a marriage," Justice Michel Bastarache wrote for the majority.

"In my view, the fact that it is not feasible to precisely value an asset or debt at the time of separation does not alter the principle that the complete financial situation of both spouses needs to be considered in order to ensure a just result."

The decision, which overturns the British Columbia Court of Appeal, was the high court's first look at the post-divorce division of contingent debts related to the marriage.

The court sided with Wayne Stein, who was married to Malka Stein for 12 years before they separated in 2003 and divided $1.7 million in family assets. Wayne Stein, part owner of a family lumber business, purchased four tax shelters in motion picture limited partnerships during the final years of marriage. The shelters, which brought the couple tax breaks, carried with them contingent future income tax debt.

Nothing in the B.C.'s Family Relations Act precludes the division of contingent liabilities after divorce, concluded the judge. He also noted there are already rulings on the books that allow for the division of future assets that are "inchoate, contingent, immature, or not vested" -- and that there's no reason the concept shouldn't apply to debt. "However, in the event that the impact of the future liability on one of the parties results in an unfairness, that individual may have to apply to the court for adjustments," he wrote. 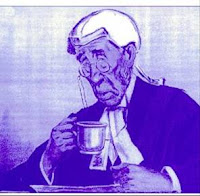 Pre-nuptial agreements between couples planning to marry could become legally binding under a review of the law being carried out by the Government's law reform body.

The inquiry announced today by the Law Commission is part of its latest programme of law reform, which is also looking at the law on intestacy, the laws governing residential care and level crossings.

At present pre-nuptial agreements are persuasive in the courts but not strictly legally binding.

But the Law Commission has ruled out looking at the law on the splitting of a couple's assets on divorce, despite calls by some judges that they should do so.

Sir Terence Etherton, a High Court judge and the chairman of the Law Commission, said: "There is a recognition that the division of assets is an issue of considerable social importance and there is wide dissatisfaction with the current law.

“But we recognise that the issue is increasingly politicised and controversial."

Instead the Law Commission will examine in what circumstances courts should uphold the increasingly popular pre-nuptial contracts with the aim of drawing up a draft parliamentary Bill by 2012.

Sir Terence also predicted that existing proposals by the Law Commission which give greater legal rights to cohabiting couples would become law in the not too distance future.

"We are lagging behind , , and . There will be legislation because we are clearly so far behind other countries."

Post-marital agreements, entered into by couples after marriage to determine the division of their assets after divorce, would also be examined, the Law Commission said.

Lawyers welcomed the plans to look at pre-nuptial contacts but expressed concern that the plans could also be left on the shelf.

Posted by Jeremy Morley at 6:31 AM