Japanese parents fighting for the right to see their children after divorce are taking to the streets to highlight their plight.

In a recent campaign drive, groups of the parents have gathered in front of station terminals and plazas in 16 cities across Japan, including Tokyo and Nagoya.

Wearing yellow-green T-shirts and ribbons with the words “Stop child abduction,” they hand out balloons and leaflets to passers-by to raise awareness for their call that all parents have the right to see their children.

One of the members is a male company employee in his 40s. The man said it has been two years since he last met his children, now both elementary school pupils.

“Four fathers that I know killed themselves while agonizing about the fact they could not meet their children,” he said.

Since his divorce, he said he has been allowed to meet his children only several times, each time with his ex-wife's lawyer present. In initial meetings, his children were their usually bubbly selves, but their relationship became gradually awkward and distant since they could meet only on rare occasions.

“I want people to realize that forced separation from children produces tragic consequences,” the man said.

The campaign was organized by the “Oyakonet” Parents And Children's Network and other mutual assistance and awareness groups of divorced parents who are denied opportunities to see their children.

In June 2012, the groups formed a campaign network “Kimidori (yellow-green) Ribbon Project,” adopting yellow-green as their symbolic colors. They are seeking legislation to give divorced parents joint custody over children and ensure the rights of both parents to see their offspring after divorce. The Civil Code awards custody over children to only one parent, invariably to the mother, after divorce. This often means parents who do not win custody can no longer see their children when custodial partners refuse.

In fiscal 2012, divorced parents sought judicial arbitration and judgment in 11,459 cases for the right to meet their children. The figure was a three-fold increase over 10 years ago.

A survey by the welfare ministry that covered about 1,300 divorced mothers in fiscal 2011 found that in 51 percent of cases children had not seen their fathers regularly.

Joint custody is recognized in the United States, France and many other countries in the belief that continued exchanges with both parents is essential to healthy growth.

In 2012, the revised Civil Code took effect. It requires parents to decide visits to their children at the time of divorce. But it does not outline how this should be done.

Posted by Jeremy Morley at 7:52 AM


An appeal court in New York has issued an important ruling on the issue of whether a woman who relocates to another state while she is pregnant is barred from having a future custody case being heard in the new location.
The Appellate Division, First Department  of New York’s Supreme Court rejected a lower Family Court's ruling that a woman's decision to move across the country while pregnant was tantamount to "appropriation of the child while in utero" and therefore could bar her custody case from being heard in her new location.
The ruling will presumably apply to international moves by pregnant women.
In the case, Ashton v. Bode, Nov. 14, 2013, a pregnant mother living in California relocated to New York to attend Columbia University. The Family Court referee found that the woman’s "appropriation of the child while in utero was irresponsible" and "reprehensible" and warranted a declination of jurisdiction in favor of the California court on the basis that New York was an inconvenient forum. The appellate court flatly rejected that finding, stating that, “Rather, the mother's conduct at issue here amounts to nothing more than her decision to relocate to New York during her pregnancy.” The appeal court also rejected “the Referee's apparent suggestion that, prior to her relocation, the mother needed to somehow arrange her relocation with the father with whom she had only a brief romantic relationship.” It held that, “Putative fathers have neither the right nor the ability to restrict a pregnant woman from her constitutionally-protected liberty.”

Wealthy Chinese businessmen learn the value of the prenup 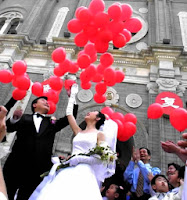 With divorce increasingly commonplace in China, prenuptial agreements are becoming a trend in order to avoid legal battles over property in the event of a breakup.

The trend is reflected in the booming business of Yao Xiangyang (a pseudonym), a lawyer in southern China's Guangdong province who began to move into the area of prenuptial agreements a few years ago after receiving requests from numerous entrepreneurs, which convinced him that few in China possess sufficient legal knowledge to protect their fortunes.

Lu Zhijie (pseudonym), 55, a Shanghai businessman, married He Chen (pseudonym), then a woman in her 20s who worked at his company, more than 10 years ago after divorcing his first wife and sending her and their daughter to live in Austria. A few years ago, Lu was left paralyzed after a car accident and He Chen subsequently took over the management of his company. He Chen later had an affair with Li Xin, a manager she had hired, and gradually placed the company and its finances under her complete control. Lu consulted a friend who was a lawyer, but found he had little legal recourse.

Lu's predicament could have been avoided had he arranged a prenuptial agreement before his remarriage. But in China, such agreements are generally only seen in marriages involving a foreign national. When Yang Huijuan recently got remarried, to an American artist, they signed a near 200-page prenup which covered the division of assets and also specified the sites for both the establishment and dismantling of the marriage.

Media stories are rife in China of exclusive matchmaking clubs introducing wealthy single entrepreneurs to potential trophy wives. According to the Chinese-language China Entrepreneur magazine, growing numbers of wealthy individuals in the country have begun to see the wisdom of what is perceived as a somewhat alien — and particularly American — arrangement that jars with the tradtional Chinese view of marriage. To cite one example, Meng Shan (pseudonym), a Shanghai businessman, convinced his wife-to-be, 10 years his junior from a middle-class family, to sign a prenuptial agreement which assures his sole retention of his property and company in he event of divorce.

From an expert report that I prepared recently - and that was submitted to a California court - on Brazil's practices concerning international child abduction:

"Congress requires the U.S. State Department to determine the compliance by U.S. treaty partners with the Convention. The State Department's annual Compliance Reports are, in my opinion, extremely reliable and authoritative (although often unduly restrained and "diplomatic").

In its most recent report the U.S. State Department has singled out just five countries as being either ‘Not Compliant' with the Hague Convention or as demonstrating ‘Patterns of Non-Compliance with the Convention.' Brazil is one of the five countries. Indeed, in each such report for the past five years Brazil has been declared to be ‘Not Compliant' or to demonstrate ‘Patterns of Non-Compliance.'

Brazil is the only country with the dubious distinction of having been singled out in that way in each and every such annual report.

At one extreme is a child's potential visit to a non-Hague country that is a well-established safe haven for international child abduction such as India or that clearly does not adequately comply with the Convention such as Brazil.

In my opinion, a court should require far fewer warning signs that indicate that the parent might keep the child in such a country in order to justify - and to necessitate - an injunction barring such travel, since the risk of a mistake is so extremely high.


See more at: http://www.international-divorce.com/brazil_child_abduction.htm
Posted by Jeremy Morley at 1:06 PM

On November 1, 2013, the 1980 Hague Convention on the Civil Aspects of International Child Abduction (Convention) will enter into force between the United States and the Republic of Korea.

Office of the Spokesperson

On November 1, 2013, the 1980 Hague Convention on the Civil Aspects of International Child Abduction (Convention) will enter into force between the United States and the Republic of Korea. The United States now has 72 partners under the Convention.

The Convention is the primary civil law mechanism for parents seeking the return of children who have been abducted from or wrongfully retained outside their country of habitual residence by another parent or family member. Parents seeking access to children residing in treaty partner countries may also invoke the Convention. The Convention is critically important because it establishes an internationally recognized legal framework to resolve parental abduction cases. The Convention does not address who should have custody of the child; rather it addresses where issues of child custody should be heard.

The Bureau of Consular Affairs, as the Central Authority for the United States under the Convention, welcomes our partnership with the Republic of Korea and looks forward to working together on this important issue.

Posted by Jeremy Morley at 6:37 AM

Ireland: Laws recognising prenups to be considered by Government

At present, prenuptial agreements are not binding in Irish law with settlements at the discretion of judges as part of divorce proceedings.

JUSTICE MINISTER ALAN Shatter say his department will be considering the legal position of prenuptial agreements as part of legal reforms.
At present, prenuptial agreements are not binding in Irish law with settlements at the discretion of judges as part of divorce proceedings.
The minister however has confirmed that the issue is to be considered as part of a legal review. This will include addressing issues concerning the making of pension adjustments following separation and divorce.
A spokesperson for the department says that a major priority is in looking at the constitutional issues relating to the establishment of an integrated family court system.
The Government is also expected to publish the draft Children and Family Relationships Bill before Christmas which will aim to reform laws on guardianship, custody of and access to children.
A number of gaps in the law surrounding parentage in surrogacy cases have also been exposed by recent court cases and these are also expected to be addressed by the forthcoming bill.