American Mom Stuck Fighting for Her Daughter in Saudi Arabia


Bethany Vierra’s daily routine begins at sunrise, when she gets up to make pancakes or scrambled eggs for her young daughter, Zaina, a curly haired 4-year-old. It’s the familiar prelude to happy hours of coloring, reading inside their apartment and swimming in Riyadh, the Saudi Arabian capital. 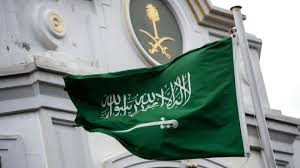 But for Vierra — a Washington state native ensnared in a months-long custody battle for Zaina following an acrimonious split from her husband — each morning also begins a new day of dread.
At any moment, the 32-year-old yoga instructor could be made to surrender her daughter to the Saudi grandmother whom the little girl barely knows.
“Bethany and Zaina might never see each other again,” Kathi Vierra, Bethany’s mom, tells PEOPLE.
Kathi is frank when describing the case: “It’s gone on too long. It’s like that nightmare you keep having and you can’t get rid of.”
Divorced from Zaina’s father, a Saudi businessman, Bethany was recently judged too Western by a Saudi court to keep custody of her daughter. She was blamed for wearing her hair uncovered and for wearing a bikini while in the U.S., and the judge took issue with English — not Arabic — being Zaina’s first language, as a sign of her failure to assimilate. Bethany’s mother says that during the custody fight, Bethany’s ex also pointed to a Facebook photo of her doing a handstand and brought up the fact that she had attended Burning Man, which is reputed for its artistic and libertine atmosphere.
Still, Bethany’s ex-husband, 35-year-old Ghassan Alhaidari, did not receive custody either. Finding neither parent preferable, the judge instead ordered Zaina to be raised by her paternal grandmother — despite previous concerns from both Bethany and Alhaidari that the grandmother could be a damaging influence on the girl.
The judge cited the grandmother’s education and her high status. “Additionally,” he wrote, “the criticisms against [her] are not as strong as what was presented against the parents.”
The judge noted in his ruling that Alhaidari and his mother were living together but wrote that he did not expect that to continue, “knowing that it is in men’s nature not to stay at home and not honor/fulfill the parental role themselves.”
…..
More complicating still is that Bethany’s ex-husband is his mother’s own “guardian,” a State Department source says.
Bethany officially lost custody in July, but the court agreed that Zaina should remain with her during the appeal, the Vierra family says.
If the appeal goes against her, Bethany must relinquish Zaina to her former mother-in-law and seek permission in court to visit the child she has raised from infancy.
Although the judge cited Sharia (or Islamic) law in his multi-faceted ruling, Bethany does not cast fault on the country that is structured around conservative religious principles.
“Islamic law would protect my right as a mother and my daughter’s right to be in my care until she reaches the age of maturity,” Bethany says.
Nevertheless, in practice, Western women typically don’t retain custody of their children in Saudi Arabia, according to international family law expert Jeremy Morley. “I don’t know of any Western woman winning [full] custody of dual-national children in a Sharia court,” Morley says.
Even when she retains custody in Saudi Arabia, a Western mother does not have full rights regarding where her child lives. The State Department cautions that “in [a] Saudi Arabia divorce, Saudi courts rarely grant permission for the foreign parent to leave the country with the children born during the marriage, even if he or she has been granted physical custody.”

Posted by Jeremy Morley at 2:28 PM