Brazil has adopted an unusual interpretation of the one-year provision in Article 12 of the Hague Abduction Convention, which creates a significant trap for the unwary. 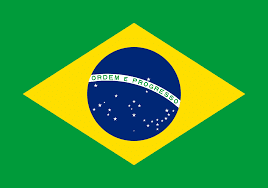 Article 12 of the Convention provides that if “the date of the commencement of the proceedings before the judicial or administrative authority of the Contracting State” where the child is located is more than one year from the date of the wrongful removal or retention, the authority concerned “shall order the return of the child, unless it is demonstrated that the child is now settled in its new environment.”

In its response to the HCCH questionnaire concerning the practical operation of the Hague Convention of 25 October 1980 on the Civil Aspects of International Child Abduction (Prel. Doc. No 2 of January 2017), the Brazilian Central Authority states that:

“The most impressive change on the Brazilian jurisprudence noticeable at least since 2013 is the consideration that the 1-year period of article 12 has its "ad quem" term not at the commencement of the judicial procedures, but at the moment that the file has been received at the Brazilian Central Authority. This scenario has a potential effect on reducing the number of cases where the allegation regarding the settlement of the child to his/her new environment is considered.”

The Brazilian claim that this will reduce the number of cases in which the issue is raised of whether or not a child is settled in its new environment is mistaken. Shortening the one-year period will obviously have exactly the opposite effect.

Posted by Jeremy Morley at 7:18 AM