Notes on the Netherlands and the Hague Abduction Convention 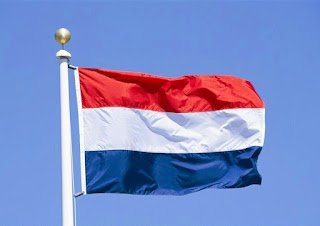 The Dutch Office of the Liaison Judge International Child Protection has reported as follows:


In the Netherlands the International Child Abduction Implementation Act, amended in 2012, requires that all international child abduction cases should be filed with the (District or Appeal) Court of The Hague. Previously return proceedings might take months or even years and a Royal Commission on Private International Law recommended improvements.
Briefly summarized, the return procedure – for parents whose children have been abducted to the Netherlands - is as follows.
An application for return can only be submitted to the District Court through an attorney. This may be done either directly or by first submitting a request for intervention to the Central Authority. The advantage of the latter option is that the Central Authority offers a vast number of facilities, such as the translation of documents and subsidized mediation. If intervention by the Central Authority is requested, it will first have an intake interview with the parents. The intake stage takes about six weeks. Both parents will be informed of the outcome. After this stage the case will be transferred to the attorney selected by the non-resident parent. Both this parent and the abducting parent will be informed of the cost of legal proceedings.
Having regard to the interest of the child which is at stake in child abduction procedures, the attorneys of the non-resident parent and the abducting parent may, in the best interest of the child, point out to their respective clients the advantages of reaching a settlement through mediation, prior to drawing up any application. Mediation in international child abduction cases is promoted by the Ministry of Security and Justice, which will also fund a large part of the cost. Mediation can be obtained through the Mediation Bureau (part of the International Child Abduction Centre (IKO)).
If no mediation takes place or if mediation does not result in a full settlement, the attorney will lodge a return application with the District Court of The Hague. As a rule, a pre-trial review takes place before a single judge section of the court within two weeks of the filing of the application. The judge at this pre-trial review explores the possibility of mediation if this has not already taken place at the preliminary stage. Mediation has to take place within two weeks. The mediation is conducted by two professional mediators, preferably a lawyer and a psychologist.
If the parents fail to reach a settlement within two weeks, a second hearing will take place before the full court, followed by a decision on the return application within two weeks. An appeal to the Court of Appeal can be lodged within two weeks. A hearing will take place within two weeks of the lodging of that appeal, and the Appeal Court decision will follow two weeks later. An appeal to the Dutch Supreme Court is not possible, except in case of appeal in cassation on a point of law.
The procedure described above is also referred to as ‘ accelerated procedure’ i.e. six weeks intake interview, six weeks at the District Court and six weeks at the Court of Appeal. Once the court has granted a return order, the child or children need to be returned to the country of origin, in line with the order. Generally speaking, this will take place either on a voluntary basis or by enforcement. Reference is made to the Protocol on cooperation with regard to the enforcement of return orders in international child abduction cases.
Posted by Jeremy Morley at 8:51 AM