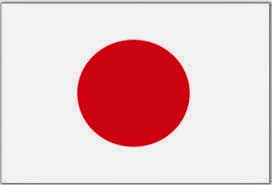 The Supreme Court has decided to have its Grand Bench hand down judgments on whether two controversial provisions in the Civil Code are constitutional. One provision is requirement that a married couple must adopt the original surname of either the husband or the wife, and the other is a ban on women remarrying for six months after they divorce.

Cases are usually sent to the Grand Bench — composed of the top courts’ 15 justices — when a question of constitutionality or a change of a judicial precedent has to be dealt with. The two provisions have long been criticized as constituting sexual discrimination or running counter to equality under the law as guaranteed by the Constitution. The Supreme Court should hand down convincing decisions by fully taking into account societal changes concerning marriage today.

In one case, five men and women from Tokyo, Toyama and Kyoto have asked for a total of ¥6 million in state restitution over the same-surname requirement for a married couple, saying that the rule violates the Constitution’s guarantee of equality between the two sexes and the dignity of individuals. The Tokyo High Court upheld the constitutionality of the rule, as did the Tokyo District Court. The lower court had accepted, though, that one’s full name is among one’s personal rights.

In the other case, a woman in her 20s from Soja, Okayama Prefecture called for ¥1.65 million in damages from the state, claiming that she suffered mental anguish from the postponement of her remarriage in 2008 due to the six-month ban. The Okayama branch of the Hiroshima High Court supported the Okayama District Court’s ruling, which turned down her call on the ground that the ban’s purpose of preventing confusion in determining who is the father of a child born to a recently divorced woman is reasonable.

The same-surname requirement and the six-month remarriage ban have their roots in the Civil Code legislated in the Meiji Era, which placed emphasis on protecting the nation’s traditional family system that put members of a family under the strong control of a family head.

A married couple can use the wife’s maiden name, but in most cases the surname of the husband is used. Some people who want to keep their separate surnames opt for cohabitation even though it entails some legal disadvantages compared to marriage. Many working women continue to use their maiden names in their professional lives to avoid confusion. But they have to use their married surnames when signing official documents or open bank accounts. As for determining the father of a child, DNA tests have made the task straightforward.

In view of the Convention on the Elimination of All Forms of Discrimination against Women — adopted by the United Nations in 1979 and ratified by Japan in 1985 — as well as changes in Japanese society, the Legislative Council, an advisory body to the justice minister, submitted an outline for revising the Civil Code in 1996, recommending the introduction of a system under which wives and husbands can continue to use their own surnames if they choose and shortening the length of the period banning women’s remarriage after divorce from six months to 100 days. However, the Justice Ministry was unable to submit related legislation to the Diet due to opposition from conservative lawmakers, who said that changes to the rules undermine traditional family values.

Last June, the Science Council of Japan proposed the introduction of a selective surname system for married couples and the abolition of the six-month remarriage ban for women in order to help ensure gender equality. In September 2013, the Supreme Court ruled that the Civil Code’s provision halving an illegitimate child’s share in inheritance compared to that of a legitimate child was unconstitutional. Taking a cue from this precedent, the top court should not hesitate to rule that the two Civil Code provisions in question are unconstitutional and must be changed.

http://www.japantimes.co.jp/opinion/2015/03/04/editorials/update-discriminatory-civil-code/#.VPdbH_nF_fJ
Posted by Jeremy Morley at 11:25 AM