jmorley@international-divorce.com
The Florida Supreme Court has taken a pioneering step forward by creating a concentration of jurisdiction for the state of Florida trial courts to determine cases filed by left behind parents of children located in Florida who seek relief concerning their children pursuant to the 1980 Child Abduction Convention. 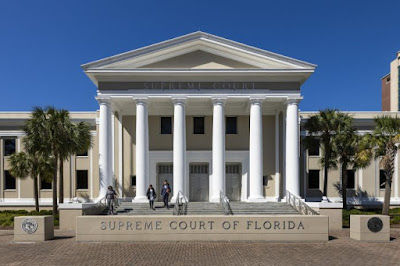 Administrative Order AOSC19-19 requires the chief judge of each of Florida's 20 judicial circuits to designate one judge with primary responsibility for handling all Hague cases filed within that circuit. It further requires that these 20 judges participate in educational opportunities to learn the substantive law and procedural requirements for Hague cases. The Order explains that, “It is the intent of the Florida State Courts System to better protect children from the effects of their wrongful removal through the establishment of a network of Florida judges who develop expertise in this important area of law.”
In Florida's state court system, Hague cases may be filed in any Circuit Court, which is the statewide trial court of general jurisdiction. There are more than 500 judges who sit in Florida's 20 judicial circuits who have the legal authority to determine these cases. Florida is one of the top four U.S. states receiving the greatest number of Hague filings (New York, California and Texas being the other three), and receives approximately 45 incoming cases annually.
Apart from Florida, it appears that there is no other concentration of Hague cases in a limited number of courts in the United States.
Moreover, the Florida rule does not address the fact that there is concurrent state and federal jurisdiction for Hague cases in the U.S. Indeed, most experienced Hague practitioners usually prefer to bring cases in, or remove cases to, the appropriate federal court.
The United States has several thousand separate jurisdictions, any of which may handle Hague cases, comprising approximately 3,140 counties or county equivalents and 94 federal districts. The completely different backgrounds of family court judges and federal judges means that the choice of one system or the other might have a major impact on the outcome of the case.
Most judges in the United States who might be called upon to handle Hague cases have never done so previously. In this author's experience, it is more usual than not for a judge in a Hague case to report that, “This is my first Hague case” and then to ask the lawyers to provide special support for that reason.
Florida's new system for its state courts is a step forward, which should be adopted nationwide.
Indeed, the entire system as to the courts that handle Hague cases should be reviewed and reformed so that a select group of specially trained and experienced judges handle these cases. This is precisely the system that the State Department has successfully encouraged other countries to adopt. See my article, People in Glass Houses.
Posted by Jeremy Morley at 7:13 AM