jmorley@international-divorce.com
International child abduction cases in Japan, brought pursuant to the Hague Abduction Convention, frequently require the involvement of Family Court Investigating Officers (FCIO). These are court officials who are government employees with training in psychology, sociology and pedagogy, and who are assigned in Family Court matters to investigate allegations of domestic abuse, child access problems and their domestic relation issues. They have broad authority to interview parents and children, to make home visits, to “accurately ascertain the objective facts,” to understand “the emotions that underlie the respective arguments of the parties,” to make predictions as to future outcomes, to encourage the parties to resolve their disputes, and to “make reports to the judge with his /her opinion on the solution.” 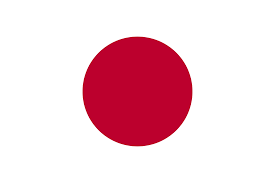 In Hague Convention cases, investigations by FCIOs are ordered primarily when a taking parent claims that the child is now “settled in the new environment” and when a taking parent claims that the child objects to being returned. When it is claimed that the child has become “settled in the new environment,”(which can only be relevant if the proceeding is commenced more than one year after the date of the wrongful taking or retention, the FCIO conducts a child interview, does a home study, collects information relating to the child's school and extracurricular activities and then submits a report with his/her opinions. On the other hand, in situations in which the taking parent relies on the purported objections of the child,  the FCIO submits a report by using “age-appropriate interviewing skills on the child to ascertain whether the he/she has attained an age and degree of maturity so that his/her views may or may not be taken into account.” I expect that FCIO's are used also in examining claims that the child will be at grave risk of harm if returned overseas.
I had the pleasure of meeting and interviewing senior Family Court Investigating Officers during a recent visit to Japan as the guest of the Japanese Hague Convention Central Authority. The officers were charming and sincere. However, I question the extent to which they fully understand the custom, laws and child-rearing norms of western countries, and the extent to which, despite their best efforts, they are able to “put themselves in the shoes” of left-behind non-Japanese parents whose children have been taken to and retained in Japan and to understand the circumstances of both Japanese and non-Japanese children who have been raised outside Japan.
Posted by Jeremy Morley at 7:40 AM