by Jeremy D. Morley
www.international-divorce.com
A court order rendered outside Brazil, that authorizes the relocation of a child to Brazil from the child's current place of residence subject to certain specified conditions concerning the ongoing custody and access rights of the non-relocating parent, is not normally enforceable in Brazil.  If the court order is not “homologized” in Brazil, the Brazilian courts will at best consider the foreign order as an item to consider in considering the best interests of the child under the principles of Brazilian law. Even if the foreign order is homologized in Brazil there is no guarantee that after the child has moved to Brazil the terms will remain in effect over time or, indeed, that they will actually be enforced. 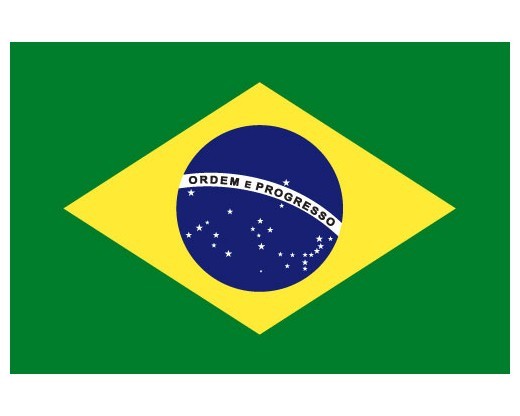 A “mirror order” is an order that is issued by a court in another jurisdiction which contains the same terms as those that are contained in the order that is being mirrored. Inherent in the mirror order concept is the fact that the foreign court shall have the right -- and more importantly the obligation -- to enforce the terms contained in the order, specifically including the obligation to effectuate the prompt return of the child at the end of a designated period of time. Equally critical is that the foreign court should not be permitted to modify the original order. Mirror orders are unavailable in Brazil.
A “homologized order” is a court order that has been approved or confirmed by another court. In the case of Brazil, such a procedure is available by means of an application to Brazil's Superior Court of Justice (Superior Tribunal de Justiça) through a procedure called “homologação de decisão estrangeira” (known colloquially as “HDE”).
The responsibility to obtain the homologized order should normally be given to the party who seeks to take a child to Brazil and the other party should be required to cooperate fully with the process. The process can take a few months to complete if both parties jointly present it to the Superior Court of Justice, or otherwise it will take far longer.
If the Superior Court court is satisfied that due process was followed in the foreign country and that there was no breach of Brazilian public policy, a Brazilian order will be issued that will recognize the foreign order. However, a foreign order will not be enforced if it is deemed to violate the public policy of Brazil. Article 17 of the Introduction Act to Brazilian Law Rules specifies that:
“Art. 17. The laws, acts and judgments of another country, as well as any declarations of will, will not be effective in Brazil, when they offend national sovereignty, public order and morality.”
The mere fact that a foreign custody order is homologized in Brazil does not guarantee that the order will remain in effect and unchanged over time. Brazilian courts will have jurisdiction to hear an application to modify any such order once the child has relocated to and is resident in Brazil. Under Brazilian law, child custody orders are not final orders and are always subject to modification whenever a court finds that there has been a change in family circumstances.
The normal rule in Brazil is that custody should be joint custody and that there is shared financial responsibility. Such issues can be revisited whenever a parent alleges a change of circumstances. If the Brazilian court determines that such a change has occurred since the date of the foreign court's determination, it is fully authorized to modify the foreign order as it deems appropriate, taking into consideration the child's best interest.
Based on our experience with custody cases in Brazil, and in light of the jurisprudence and practices of the courts in Brazil, it must be anticipated when a parent of Brazilian origin is permitted to relocate a child to Brazil subject to specific rights of continuing access and decision-making for the “left-behind” parent, those rights may well be modified by a Brazilian court  upon the application of the relocating parent. It is obvious that a child's circumstances will be dramatically affected by virtue of the relocation itself and the attendant changes in the child's that will inevitably result.
_____________________________
Jeremy D. Morley, a New York attorney, has provided expert evidence on the child custody laws and procedures of Brazil for courts in Australia, Canada, and the USA (California, Colorado and New Mexico).
He has gained extensive knowledge and experience concerning Brazilian family law matters from handling numerous family law cases concerning Brazil, from numerous consultations with Brazilian family lawyers concerning the laws and practices of Brazil, and from extensive research over many years concerning Brazilian family law. He has consulted with many clients concerning Brazilian family law, most particularly as to international child custody and international child abduction, always acting with and through lawyers in Brazil whenever appropriate. He has represented several clients whose children have been abducted to Brazil. Contact him at info@international-divorce.com