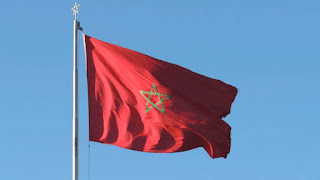 The U.S. State Department has recently released their annual report on International Child Abduction. Below is our tenth post in a series here focusing on the twelve countries classified as “demonstrating patterns of noncompliance.”  Today’s country is Morocco.
Country Summary: The Hague Abduction Convention has been in force between the United States and Morocco since 2012. In 2017, Morocco demonstrated a pattern of noncompliance as a result of failure by the competent authorities to take appropriate steps to locate a child for more than one year after a Convention application was filed.
Initial Inquiries: In 2017, the Department received two initial inquiries from parents regarding possible abductions to Morocco where no completed applications were submitted to the Department.

Location: The Department of State requested location assistance but the Moroccan authorities have not yet confirmed location. The Central Authority has been unable to confirm the location of one child for over one year.
Judicial Authorities: The United States is not aware of any abduction cases brought before the Moroccan judiciary in 2017.
Enforcement: The United States is not aware of any abduction cases in which a judicial order relating to international parental child abduction needed to be enforced by Moroccan authorities.
Department Recommendations: The Department will continue intense engagement with the Moroccan authorities to address issues of concern, including pre-Convention cases, and expand public diplomacy activities related to the resolution of cases.
Access: In 2017, the U.S. Central Authority had one open access case under the Convention in Morocco. This case has been filed with the Moroccan Central Authority. No new cases were filed in 2017. While no cases had been resolved by December 31, 2017, this case was closed for other reasons.
Pre-Convention Cases: At the end of 2017, one pre-Convention abduction case remained open in Morocco.
Posted by Jeremy Morley at 12:10 PM