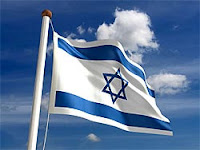 
Common law marriages are alive and well in Israel.
They are increasingly popular as a means of circumventing the religious monopoly on civil marriage in that country.
The religious control over civil marriage in Israel, and the accompanying restrictions imposed by the ultra-orthodox rabbinate and other religious authorities, is a key factor behind the growth of common law marriage.
To qualify as a spouse in a common law marriage under Israeli law, it is simply necessary to establish the existence of a common household with cohabitation as a family unit between two adults of any religion, nationality or gender,
Some couples who establish a common law marriage in Israel enter into a written agreement defining the terms of their relationship. Other couples have a wedding ceremony but without a religious officiant, knowing that, since religious marriage is the exclusive way to be formally married in Israel, their relationship will be not be accepted as a legal marriage by the State of Israel.  Other couples simply live together as a common household unit.
Common law couples have mutual rights and obligations to each other that are very similar to those of a married couple. They include the right to alimony, to pension funds of a deceased partner and to a division of assets accumulated during the relationship. The children of a common law couple have the same legal rights as the children of married parents. They can carry their mother’s or father’s family name, or both names. Their parents have the same status as married parents with regard to custody issues and support, even when the issues are brought to the rabbinical court.
The parties to a common law marriage may be of the same or of different sexes. They may choose a common name, simply by submitting a Name Change form to the Interior Ministry.
Upon the death of a common law spouse, the surviving spouse usually continues to receive full compensation and pensions. It has even been held that a married man who lived with another woman in a shared household was deemed to have two widows upon his death.
Many Israeli common law couples obtain domestic union cards, issued by advocacy groups upon the submission of an affidavit describing the relationship, in order to confirm their common law status. However, common law relationships are not registered by the Interior Ministry and the formal personal status of the partners remains ‘single.’
One wonders whether the growth of de facto marriages in Israel, along with the long-standing practice of couples flying to Cyprus or other foreign destinations for an actual civil marriage, will ultimately dilute the religious monopoly over civil marriage in Israel, or strengthen the division between extreme religious orthodoxy and secular society in that country.
Posted by Jeremy Morley at 11:24 AM