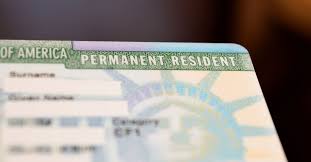 Jeremy D. Morley
Will a prenuptial or postnuptial agreement protect a U.S. citizen, who has signed a Form I-864 Affidavit of Support in furtherance of a foreign spouse’s application for a U.S. permanent resident visa, against the subsequent support claims of a foreign spouse upon a divorce?
A person who signs the support affidavit, pursuant to Section 213A of the Immigration and Nationality Act, enters into a legally enforceable contract with the U.S. Government to support the sponsored alien at an annual income at the level of 125% of the Federal poverty line for a period of time that is generally 10 years.
It is well established that the sponsored foreign spouse is a third-party beneficiary of the contract. The form expressly states that, “If you do not provide sufficient support to the person who becomes a lawful permanent resident based on a Form I-864 that you signed, that person may sue you for this support.”
Indeed, it has been held that the foreign spouse has no duty to mitigate the damages by securing or even seeking employment. Wenfang Liu v. Mund, 686 F.3d 418, 421-22 (7th Cir. 2012).
Nor is the obligation terminated upon a divorce. The Form I–864 makes explicitly states that “divorce does not terminate your obligations under this Form I–864.” Toure-Davis v. Davis, 2014 WL 1292228 (D.Md. 2014).
But what if the foreign spouse purports to waive that right in a prenuptial or postnuptial agreement?
Most – but not all – of the cases on point hold that the waiver will not be effective. See Patel, 2015 WL 13116649 (Minn.Dist.Ct.) (“A third party beneficiary is not a party to a contract and any agreement between Plaintiff and Defendants would not modify the Affidavit of Support. The agreement of all parties to the original contract is required for a modification, oral or written. Defendants have presented no evidence that the United States government agreed to a modification of the Affidavit of Support or the Contract.”); Patel v. Patel, 2015 WL 13116649 (Minn.Dist.Ct); Erler v. Erler, 2014 WL 129222 (N.D. Cal. 2013); and Shah v. Shah, 2014 WL 185914 (D. NJ 2014). But see Blain v. Herrell, 2010 WL 2900432, (D. Haw. 2010) (suggesting in dicta that rights under Form I-864 are in the nature of contractual rights and may be waived).
However, in none of the cited cases was there an express waiver of the Form I-864 Affidavit of Support obligation. Nonetheless, in Shah, the court expressly insisted that, “even if the parties' prenuptial agreement did purport to waive claims to support under the I–864, the I–864 is nevertheless enforceable. The immigration regulations set forth five circumstances that terminate a sponsor's support obligations, and a prenuptial agreement or other waiver by the sponsored immigrant does not terminate the obligation. 8 C.F.R. § 213a.2(e)(2).”
Posted by Jeremy Morley at 9:00 AM