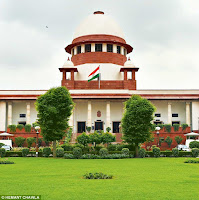 Upon re-reading the recent decision of the Supreme Court of India in Gupta v. Gupta -- which endorsed a father’s abduction of a child from the United States to India on the primary basis that the child had been living in India since the abduction for 2½ years while the judicial proceedings were pending in India (see my article at http://www.internationalfamilylawfirm.com/2017/12/supreme-court-of-india-endorses.html) it is most disconcerting to read that the Supreme Court seemingly ruled that Indian family life is inherently superior to family life in the United States.


Specifically, Justice Amitava Roy explained the Court’s decision that the child should remain in India with the father’s family by stating, in part, that,
“As has been claimed by the appellant, the child is growing in a congenial environment in the loving company of his grand-parents and other relatives. He has been admitted to a reputed school and contrary to the nuclear family environment in US, he is exposed to a natural process of grooming in the association of his elders, friends, peers and playmates, which is irrefutably indispensable for comprehensive and conducive development of his mental and physical faculties.”
Thus, in a judgment that is presumptively binding in child custody cases on all lower courts in India, the Indian Supreme Court appears to have ruled that it is inherently preferable for a child to live in India with a loving extended family than for that child to live in the United States with his loving mother (upon whom no negative aspersions were cast in the judgment) and his younger brother.
Posted by Jeremy Morley at 2:19 PM