No Divorce of Swazi Marriages 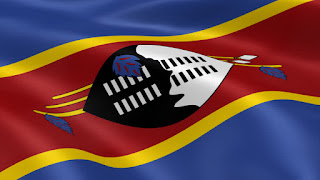 His Majesty King Mswati III has reminded the nation that there is no divorce in a marriage conducted under Swazi Law and Custom.

The monarch said there was no earthly forum that had the powers to declare a customary marriage null and void. Only death, the King said, can bring a customary marriage to an end. Of late, the kingdom’s courts have seen an upsurge of cases where individuals married under Swazi Law and Custom want their marriages nullified. This, the King said, was foreign to Swaziland.

“We urge the Samuels to be together until death does them apart because according to our customs and traditions, once a couple gets married the traditional way, nothing can undo that marriage. Only death can undo that marriage. There is no divorce; that is unknown to us. Once we do it the Swazi way and complete the whole marriage process then it becomes a done deal.”

Continuing, the King said: “We do not even need to sign any documents to prove that marriage because you find that in future such documents are torn apart when some members of the family say the marriage is not in existence and, therefore, the documents should be torn. We do not have such under Swazi culture; we do not encourage it and practice this. All we know is that a person dies at their marital home. That is the Swazi way which was designed by God.”

The King said even if a wife was to desert her husband, she would be fetched to mourn him once the man died.  He noted that Swazi customary marriage was good and therefore encouraged that the youth should be taught about it. “The youth should know that once you get married traditionally, that marriage cannot be undone, yet other foreign forms of marriage can be undone,” said the King.

The Lawyers for Human Rights Secretary said according to Swazi Law, there was a process referred to as ‘Kumbuyisela ekhaya’ (reuniting a married woman with her parents or relatives), which is similar to divorce.

The senior lawyer claimed that divorce existed in Swazi Law and Custom because the process of accompanying a wife to her parental homestead, if she had committed adultery or witchcraft, meant that she was being divorced by her husband.

Posted by Jeremy Morley at 7:30 AM