Supervised visitation is sometimes the only effective way to prevent international child abduction, especially when a country does not have effective exit controls. 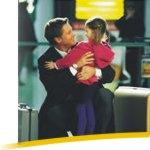 For this reason, in a decision dated January 7, 2022, the Superior Court in Ontario, Canada (Pinto J.) has required that a father’s access to his child should be supervised in order to prevent him from abducting the child to India or the UAE. The ruling was based in significant part on my expert evidence concerning the child custody laws of both India and the UAE and my opinions concerning the risk of potential international child abduction. Lakhtakia v. Mehra, 2022 ONSC 201.

The parents are of Indian origin and the father is an Indian citizen with significant connections also to the UAE. Their child was born in Canada and then lived with both parents for a time in India. When the parents separated in India, the mother unilaterally returned the child to Canada and alleged domestic violence. At trial, I was accepted as an expert qualified to provide expert opinion evidence before the Ontario Superior Court of Justice as to the matters before the court concerning international child abduction and the laws and procedures of India and the UAE.

I testified that India has purposefully refused to accede to the Hague Abduction Convention, that it is usually fruitless to initiate litigation there seeking the return of an internationally-abducted child and that I counsel against it unless the left-behind parent has great fortitude and very substantial funds.

There was a sharp disagreement between me and another expert on Indian law concerning whether or not measures could be required by the Canadian court, or provided by the father, that would reliably ensure that the child would be returned to Canada if abducted to India by his father. I did not agree that the current state of the law in India relating to the enforcement of foreign custody orders allows for the expeditious return of the child to the custodial parent through a writ of habeas corpus. I also disagreed with the suggestion that Indian jurisprudence since 2018 has evolved and allows for the issuance of a “mirror order” whereby an Indian court would issue an order that contains all the terms of an order of a foreign court. I clarified that there have been a couple of Indian cases where the Indian courts have asked courts in foreign jurisdictions to issue a mirror order, but that does not constitute the Indian court issuing a mirror order. The court adopted my evidence that there were no such measures and that the risk of abduction was too high, given the specific facts of the case. Judge Pinto determined that the father was a flight risk and was untrustworthy. Accordingly, and also because the father had spent little time with the child, he determined that unsupervised visitation presented too great a risk.

On cross-examination, and as summarized by the court, I explained that, in cases arising from the abduction of a child to India, the Indian trial courts normally make a de novo custody review of the best interests of the child; that they  have tremendous discretion as to how to apply that test; that the first court’s decision is generally reviewed by a first appeal court, and then often by a second appeal court; that it is “utterly unpredictable” as to whether the process would be expedited; that there are many ways in which the parent who wants the child to remain in India can use the procedures of the Indian legal system to lengthen the time over which the court considers the issue; and that, given that a long time has passed, the Indian courts regularly determine that the child has become well settled in India so that it would be unfair to return the child to the foreign jurisdiction.

With respect to the UAE, I testified that that country has chosen not to accede to the Hague Convention, and that the U.S. government has reported to Congress that “The UAE does not adhere to any protocols with respect to international parental child abduction,” that the UAE authorities persistently failed to work with the American Department of State to resolve child abduction cases, and that 50% of requests for the return of abducted children remained unresolved for more than 12 months. I further testified that the concepts of child custody and guardianship in the UAE are completely different than a Canadian or American context and encompass age-specific and gender-specific criteria, and I explained the UAE rules concerning travel bans.

I further opined as to the risk factors concerning international child abduction, the applicability of those factors to the facts with which I had been provided and the need to balance the laws and procedures concerning the return of abducted children of a foreign country with the level of risk presented by the application of the risk factors to the facts of the case.

The court ultimately adopted and applied my conclusions that:

(i) If the father were able to remove the child from Canada in defiance of Canadian court orders, there was an extremely significant risk that the mother would be unable to secure the child’s return or even to obtain access to the child,

(ii) The facts with which I had been presented, if true, showed that there was a significant risk that the father would not comply with the terms of a Canadian court order, and

(iii) The only way to effectively prevent the father from taking the child overseas was to require that the father’s access to the child be strictly supervised.

Posted by Jeremy Morley at 1:35 PM