BANGLADESH, THE HAGUE ABDUCTION CONVENTION, AND AN ABDUCTION FROM JAPAN

A terrifically interesting issue is pending before the courts of Bangladesh. My client is a Japanese doctor in Tokyo. Her estranged husband abducted the children from Tokyo to Dhaka, Bangladesh. The Family Court in Tokyo has ordered their return, but the father has failed to comply with the order. The matter is now before the courts in Bangladesh. However, Bangladesh has not signed the Hague Abduction Convention. See e.g. this article. 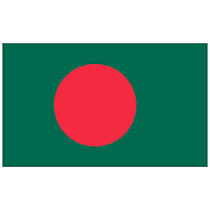 One theory that may be pursued is that, since more than 100 countries have adopted the Hague Convention and since the Hague Abduction Convention is the most important international treaty in all of family law (possibly subject to the U.N. Convention on the Rights of the Child 1989), the provisions of the Convention have become part of customary international law and should therefore be applied by the courts in Bangladesh.

This theory is consistent with the decision of the High Court Division of the Supreme Court of Bangladesh in 2017 in considering the relevance of the principle of non-refoulement in relation to a Rohingya refugee being held in detention long after completing a formal prison sentence. Although Bangladesh was not a party to the 1951 United Nations Convention relating to the Status of Refugees, the Supreme Court determined that it was nevertheless applicable in Bangladesh since the treaty had “become a part of customary international law which is binding upon all the countries of the world, irrespective of whether a particular country has formally signed, acceded to or ratified the Convention or not.” Refugee and Migratory Movements Research Unit (RMMRU) v Government of Bangladesh, Writ petition no. 10504 of 2016, Bangladesh: Supreme Court, 31 May 2017 www.refworld.org/cases,BAN_SC,5d7f623e4.html

There is a strong argument that the same position should be taken with respect to the fundamental principles of the Hague Abduction Convention that abducted children should normally be returned expeditiously to their habitual residence and that an international child abductor should not be rewarded by being able to transfer child custody jurisdiction to the courts in the country to which he has abducted a child.

It remains to be seen whether the courts in Bangladesh will require the matter to proceed by means of a length plenary custody case, in violation of the Japanese courts’ jurisdiction and in violation of the Hague principles, or whether they will respect the comity of nations and return the abducted children forthwith to Japan.