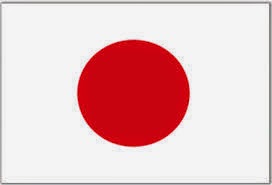 Human Rights Watch has explained that, “The single-surname system is a legacy of Japan’s traditional patriarchal family system, which placed men at the top of the family hierarchy and viewed women as entering the man’s family upon marriage.” Although the post-World War II Constitution recognized equality between men and women, and abolished much of the traditional family system, the single-surname rule remained. The United Nations Committee on the Elimination of Discrimination against Women (CEDAW) has repeatedly called on the Japanese government to repeal it.

Article 750 of Japan’s Civil Code provides that, “a husband and wife shall adopt the surname of the husband or wife in accordance with that which is decided at the time of marriage.” Likewise, while Japan’s Family Register Act allows divorced spouses to adopt separate surnames, it contains no such provision in case of a marriage. Accordingly, a Japanese couple must decide on their shared last name in order to have their marriage registration accepted.

In recent years, as the Japanese government has encouraged women to play a greater role in Japanese society, there has been a growing demand that married couples should not be required to share the same surname. In 96% of cases, wives take their husband's surname, and it is asserted that this result contravenes the equal rights of husband and wife guaranteed in Article 24 of the Japanese Constitution.

In 2015, the Supreme Court, in a split ten-to-five decision, ruled that the law was not unconstitutional. The basis of the ruling was that, "As a way to refer to families, the bedrock of society, it is logical to have one surname." Several justices suggested at that time that the Japanese Diet should consider amending the law, and the issue was considered, but the ruling Liberal Democratic Party is sharply divided on this issue.

Somewhat surprisingly, the very same issue of the constitutionality of the surname law was heard again by the Supreme Court earlier this year, although the issues were framed a little differently. Even more surprising is that, although in June 2021 the Supreme Court again upheld the law, it did not simply repeat its prior ruling but it was split once again on the very issue that it had decided just a few years earlier. Some of the judges, albeit in the minority, endorsed the position that the Court had a broad right to make public policy decisions when deciding the constitutionality of Japanese statutes. It will be fascinating to see how that idea plays out in future cases.

It should also be noted that a slight liberalization about married names was put in place fairly recently. The maiden name of a Japanese national can now be placed in parenthetical form on a married persons Japanese passport, in addition to the married name.

Posted by Jeremy Morley at 7:12 AM