China has substantially amended its Law on the Protection of Minors. The new law, passed by the 13th National Peoples Congress in October 2020, will take effect on June 1, 2021. 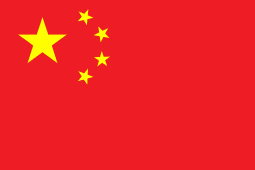 The newly-specified duties of parents include educating and guiding minors to abide by the law, to be diligent and thrifty, and to “develop good ideological, moral and behavioral habits.” The new requirements include provisions whereby “the state establishes a unified electronic identity authentication system for minors in online games;” as well as an obligation “to install minor network protection software on smart terminal products … for minors, etc.”

A measure that could have a significant impact on the parenting of children in China after parental separation is a provision that, “it is not allowed to compete for custody rights by snatching or hiding underage children.” Until now, a parent in China has generally been free to take a child away from the other parent, often to a distant location. Indeed, in my area of focus, which is that of international families, it is extremely common that, when a Chinese and non-Chinese couple living in China separate, the Chinese parent will exercise self-help by simply removing the child from the other parent, often by taking the child to live with a grandparent or by moving to an undisclosed location. Until now, this method has been all-too-successful. It remains to be seen whether this practice will now change as a result of the new law, or, even more unlikely, whether the new law will have any impact when a Chinese parent abducts a child to China from another country.

A further significant development, effective February 18, 2021, is that courts are now required to interpret the law in compliance with the “Guiding Opinions on Deeply Promoting the Integration of Socialist Core Values into the Analysis and Reasoning of Adjudicative Instruments,” issued by the Supreme People’s Court of China. While this rule applies in all cases, it is especially required in cases “of public concern,” including matters as to which an important principle should be stated for the purpose of the education of the public.

The “Socialist Core Values” that must guide all court decisions comprise twelve qualities that should define the relationship between citizens and the Chinese state. These values are: prosperity, democracy, civility, harmony, freedom, equality, justice, the rule of law, patriotism, dedication, integrity and friendship. Their specific application must comport with the guidance of the People’s Court as it, in turn, interprets the guidance it receives from the People’s Congress. In this context, it is critical to note that the Chinese judiciary makes no claim to judicial independence. It acknowledges that it is strictly subordinate to the Chinese Communist Party.