By Jeremy D. Morley
In 2019, the American Institute in Taiwan and Taipei Economic and Cultural Representative Office (TECRO) signed a Memorandum of Understanding on cooperation on international parental child abduction. 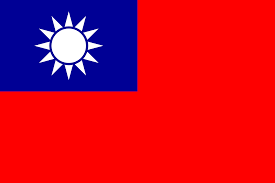 Taiwan is not a party to the Hague Abduction Convention.
The Memorandum of Understanding does not require Taiwan to return children who are abducted to Taiwan. Indeed, the agreement expressly states that, “This MoU creates no legal rights or obligations.” It merely promotes communication between the two offices in question and the Taiwanese authorities might assist in locating a missing child in Taiwan.
The MoU is not binding on any court in Taiwan. It remains to be seen whether or not the existence of the MoU will be considered by courts in Taiwan in determining how to resolve cases in which children have been taken to Taiwan, or retained in Taiwan, without the consent of  a left-behind parent.
Legislation in Taiwan authorizes the Taiwanese courts to enforce foreign court orders, subject to specified exceptions. The exceptions do not include family matters and a provision on the Compulsory Enforcement Act indicates that the Act may include foreign child abduction orders.
Memoranda of Understanding between the United States and other non-Hague countries have proven to be essentially worthless, as appears to be the case with Egypt, Jordan, Lebanon and Saudi Arabia, all of which have now or previously been declared by the U.S. State Department to be “noncompliant” with Hague Convention principles.
Indeed, such memoranda create a danger that courts might inadvisedly consider that they reduce the risk of potential child abduction to these countries.
It remains to be seen whether the Taiwanese MoU is different and whether Taiwanese courts will now apply the principles of the Hague Abduction Convention in cases in Taiwan concerning international child abduction.

Posted by Jeremy Morley at 8:51 AM