Abduction from Hong Kong of the Children of Unmarried Fathers 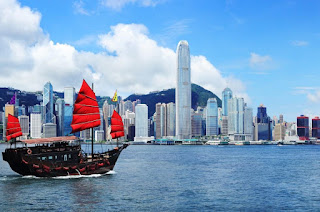 In Hong Kong, an unmarried father has no rights of custody over his son or daughter unless and until he brings a court case and succeeds in obtaining a court order that provides him with express rights. This appears to apply even if the mother has added the name of the father to the child’s birth certificate.
This means that if the child is removed from a habitual residence in Hong Kong, and even though Hong Kong is a party to the Hague Abduction Convention, the Convention cannot be used to secure the child’s return to Hong Kong because the father has no “rights of custody” within the meaning of the Convention.
Hong Kong’ s law on the guardianship and custody of children dates back to the late 1970s. Section 3 (c) of Hong Kong’s Guardianship of Minors Ordinance provides that “where the minor is illegitimate … a father shall only have such rights and authority, if any, as may have been ordered by a court on an application brought by the father…” The Act provides that the child’s mother automatically has sole custody.
If, after the unilateral removal of a child from Hong Kong, the left-behind father obtains a court order providing him with rights of custody over the child and requiring the child’s return to Hong Kong, that may not cure the problem concerning the Hague Convention.
However, the Hong Kong post - “abduction” order could normally be registered and enforced in courts in the United States pursuant to the Uniform Child Custody Jurisdiction and Enforcement Act (or predecessor statute in Massachusetts). But similar laws do not exist outside the United States. Also, Hong Kong has not adopted the Hague Convention of 19 October 1996 on Jurisdiction, Applicable Law, Recognition, Enforcement and Co-operation in Respect of Parental Responsibility and Measures for the Protection of Children.