by Jeremy D. Morley
The Arizona Court of Appeals has rendered an extremely significant new decision on the admissibility and reliability of an international family lawyer’s expert testimony concerning the laws and practices of a foreign country concerning child custody and abduction. Lehn v. Al-Thanayyan, dated March 7, 2019. 2019 WL 1070824. 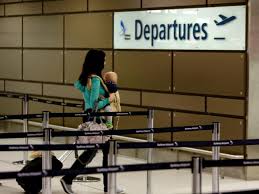 The Court upheld the reliance by an Arizona trial court on my testimony concerning the laws and practices of Kuwait as to child custody in international matters.
The case concerned a Kuwaiti father with permanent residency in the United States, his wife who was a U.S. citizen, and their two children, of dual Kuwaiti and U.S. nationality. They had previously lived in Kuwait but, with the father’s consent, the mother and children had relocated to Arizona while the father remained in Kuwait but visited the U.S. regularly.
The mother requested that the father’s parenting time occur only in Arizona because she feared that if he were permitted to take the children to Kuwait, he would not return them to the United States. Mother also requested that the father be ordered to surrender his passport and U.S. permanent resident card to his attorney before exercising parenting time in the U.S. 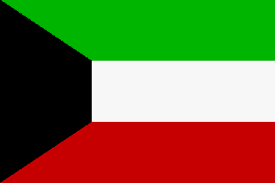 I submitted an extensive expert report on the Kuwaiti and international family law aspects of the case. I provided an opinion that if the father were to take the children to Kuwait and keep them there, then, notwithstanding the issuance of orders requiring return or access by courts in Arizona, it would be exceedingly difficult and most likely impossible for the mother to secure the children’s return home from Kuwait. I also stated that, in my opinion, if the Father had unsupervised access to the children in the United States, he would likely be able to take them to Kuwait or elsewhere notwithstanding the issuance of preventative measures imposed by the Arizona court. I then testified at the trial remotely and was subjected to through cross-examination.
The trial court upheld my testimony and ruled accordingly. The father appealed, claiming inter alia that I was not qualified to provide the expert testimony that I did provide. The Court of Appeals did not agree.
It ruled that:
“Morley testified that he worked exclusively on international family law matters, including international child custody matters, international child abduction prevention, and recovery of internationally abducted children. He explained that his opinions about Father were based on facts provided by Mother and Father’s expert, and he acknowledged that his opinions may lack foundation if those facts were incorrect. The factual statement Mother provided to Morley, however, was substantially consistent with her trial testimony. Therefore, viewing that evidence in the light most favorable to affirming the decree, see Boncoskey, 216 Ariz. at 451 ¶ 13, Morley’s opinions did not lack foundation.
Moreover, Morley’s opinions in this case were based on his extensive experience and research. He relied on official statements and information about Kuwaiti law from the United States Department of State, the United Kingdom, and non-governmental organizations that provide information relating to international child abductions. Morley testified that he had gained significant knowledge about international child custody disputes, written several articles and two treatises on the subject, and provided expert testimony in the United States and internationally. Father also stipulated that Morley was an expert and that his own expert agreed with some of Morley’s testimony regarding Kuwait family law. The family court acknowledged the strengths and weaknesses in both experts’ positions and was in the best position to judge their credibility. See Gutierrez, 193 Ariz. at 347 ¶ 13. Thus, the court did not abuse its discretion by accepting Morley’s testimony and report.”
The Court of Appeals also upheld my opinions concerning the risk factors of potential international child abduction. Based on my evidence the lower court had based its parenting time orders on findings that are consistent with several factors listed in Section 7 of the Uniform Child Abduction Prevention Act for determining whether a parent poses a risk of abducting the child. The appeal court held that, “As Mother’s expert testified, other United States courts have applied these and similar risk assessment factors. … Although Arizona has not adopted the UCAPA, the court nevertheless had the discretion to rely on these factors in the absence of a specific statute to the contrary as long as it also considered the children’s best interests.”

Posted by Jeremy Morley at 8:22 AM