Lecturing in Japan about International Child Abduction, Custody and Parenting 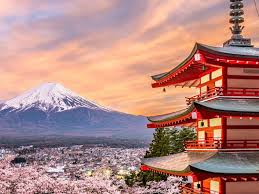 I will be lecturing and consulting extensively in Japan, throughout the last week of this month, on “The Hague Abduction Convention in the U.S. and Japan,” at the invitation of the Ministry of Foreign Affairs of Japan.
I will address the issue of Japan’s failure to enforce return orders and the differences between the interpretations and applications of the treaty in the two countries.
However, I will also explain that that the differences between the United States and Japan concerning the Convention run far deeper than these relatively superficial matters, and that they stem from widely divergent views and practices about the appropriate parenting of children and the role of law in private family life.
I will argue that the pending debate about the Hague Convention is a mere sideshow to, and a diversion from, the more fundamental issue of the best interests of children and the fundamental human rights of parents and children after parental separation or divorce.
I will assert that, in the current environment, the Convention cannot adequately protect the competing rights of parents and children in the case of abductions of children from the United States or other countries to Japan. I will further explain that the U.S. State Department’s designation of Japan as “noncompliant” with the Convention, while technically accurate, addresses only the most superficial of issues that are relevant to these matters.
I will also explain how Japan’s adoption of the Hague Convention without addressing the basic issue of the right of both of a child’s parents to have their children in their lives has often proven counter-productive not only to non-Japanese parents who wish to see their own children but also to expat Japanese parents who wish to bring their children to visit Japan or to live in Japan if that is in the children’s best interests.
Posted by Jeremy Morley at 7:07 AM