Expats with Children-Top Tips from an International Family Lawyer 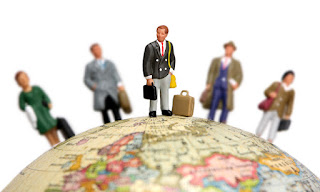 Expats with Children
…  Top Tips from an International Family Lawyer[1]

Here are just some of the relevant factors:

·         In some countries, it is easy for one parent to obtain an order that bars the other parent from leaving the country with their child. Middle East countries often have such procedures.
·         In other countries, one parent may not leave with a child without the written and notarized authorization of the other parent. Most Latin American countries have such requirements and very strong exit controls.
·         Almost 100 countries, including the United States, have adopted the Hague Convention on the Civil Aspects of International Child Abduction. It provides that if you take the child away from his or her country of habitual residence in breach of the other parent’s rights, and without that parent’s clear consent, you will have “wrongfully removed” the child. You will then normally be ordered to return the child immediately to the place where the other parent lives.
·         Courts in the United States are most often required to “rubberstamp” initial child custody orders issued by foreign if the child had been living for six months before the case was commenced. In these circumstances, a U.S. court must usually enforce the terms of the foreign court order, even if you believe that the foreign order is unfair, even if you have suffered domestic violence, and even if an American court would have provided you with a more favorable result.
·         In many countries, it will be a criminal offense for you to take your own child away, without the other parent’s permission, from the country where you and the child have been living (just as it would normally be a crime if a parent were to unilaterally remove a child from the United States).

Example: Angie the American and Gus the Greek (from Cyprus) moved to Cyprus with their baby. Life in Cyprus hasn’t work out for Angie. In fact, she absolutely hates it there. But Gus refuses to leave and he refuses to allow Angie to take the baby back to the States to live. Since both Cyprus and the U.S. are parties to the Hague Convention, Angie will be in big trouble if she takes the child back to the States without Gus’ permission. Angie wishes she had consulted an international family lawyer before she moved overseas. Now she’s stuck there.

Another example: Eddie the Egyptian persuades Abigail the American to take their children to visit his family in Cairo. He assures her that they’ll be back home in Missouri in a couple of weeks. On the plane he takes everyone’s passports and then laughs at her and tells her that he fooled her, and that she should return to America but he’s keeping the kids in Egypt. Our Egyptian colleagues tell us that effective legal relief in that country is probably impossible. (She eventually escapes with the children, but that is only because of her amazing self-help, a lot of luck and some U.S. Embassy help).

Example: Adam the American is married to Junko from Japan. They move with their two children from New York to Tokyo. One day he raises his voice at her for a trivial reason. When he returns home that evening he is locked out. He consults with counsel in Japan and learns that, since Junko has physical possession of the child, she is the de facto sole custodial parent. He commences a court case and learns that he must undergo mandatory mediation. After four unproductive sessions, each spaced two months apart, he finally realizes that he will be unable to see his children again except at best for a monthly 2-hour daytime supervised visit. He abandons the case and eventually returns to live in the U.S.

Further example: Courts in India often state that they will grant comity to foreign custody orders if it is appropriate to do so, but they must first be satisfied that doing so is in the best interests of the children. And in 2017 the Supreme Court of India ruled that it was inherently preferable for a child to live in India with his grandparents and extended Indian family than to live in the United States with his loving mother (upon whom no negative aspersions were cast in the judgment) and his younger brother.

Example: A client’s husband accused her of adultery -- and worse -- in Dubai. Knowing the extreme seriousness of the charges in the UAE, we recommended that she leave Dubai that night without her young child, who was in the husband’s possession. (We later used other methods to help retrieve her child).

Further example: A foreign father who acts impatiently at a mediation session in Japan, or who is seen as having raised his voice at his wife, will then likely be viewed extremely negatively and his chances of obtaining any access to his child will be significantly reduced.

·        Don’t sell the house. If you maintain an address in the States it will be easier to claim that you maintained your home as your permanent residence. Certainly, it will indicate that it continues to be your “domicile” (the place you live in indefinitely, which remains as your domicile even if you move temporarily to another place). Having a place to return to will also make your case a lot stronger if you need to prove that your kids should be allowed to move “back home.”
·        Keep your contacts with your job. Prepare for the day when you may want to re-enter the job market back home. Perhaps you can even continue to do some work even while overseas.
·        Keep your network of friends and family at home. Stay in touch with them. Visit them if possible. Make sure that your children develop strong contacts with them, whether by visits in your new country, visits back home, or through online video.

[1] This copyrighted article may be reproduced, in unabridged form if full credit is given to the author and if the asterisked information about him is fully included, but not otherwise.
Posted by Jeremy Morley at 10:42 AM