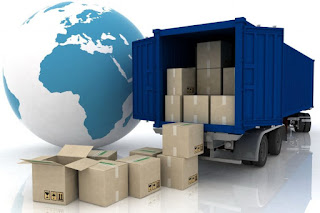 by Jeremy D. Morley
International child relocation applications are governed by the same legal principles that apply in domestic relocation applications. However, while international applications cover the same ground as applications to move with a child to another location in the same state or to another U.S. state, they also typically raise significant additional issues that are not present in domestic relocation cases. Unfortunately, the fundamental differences are often insufficiently appreciated by lawyers and judges. That is partly because, even in today's globalized world, international relocation applications are still relatively unusual.
A key difference between international and domestic cases concerns the nature of the applicants. Parents who apply for international relocation generally have fundamentally different circumstances, concerns, and needs than parents who want to relocate domestically. Such differences are often not fully appreciated by lawyers or courts.
Another critical difference is that while sister states have similar laws and legal systems, the legal systems in foreign countries vary dramatically in the extent to which they recognize and enforce U.S. custody and access orders, the rules concerning the modification of foreign custody orders, and the substantive laws concerning child custody and access.
The law in the United States concerning international child relocation consists of a muddled accumulation of presumptions and burdens of proof, as well as “laundry lists” of factors to consider that vary from state to state. Unfortunately, they do not add up to much in the way of providing predictable, workable, fair or appropriate solutions to extremely difficult issues.
Any child relocation dispute is fundamentally an argument about predicting the future, which is a self-evidently impossible task. Courts must issue prophesies, in the form of legal judgments, as to the future happiness and well-being of a child if the child remains in location A or moves to location B and as to which parent is more likely to share access to the child and in which location. Typically, one parent claims that if she cannot “go home” with her child to her country of origin, she will suffer terrible consequences and, much more significantly, so will her child. Just as typically, the other parent will claim that the relocation will damage or destroy his relationship with his child, to the child's substantial detriment.
As difficult as such cases are when the requested relocation is in state or intrastate, they are far more difficult when they are international. International relocation applications require that courts make critical predictions about additional important factors, particularly concerning the enforceability of their orders in other jurisdictions. One parent will typically claim that the legal system in the other country is sufficiently robust that it will compel her to comply with the terms to be imposed by the forum court if she were ever to violate those terms. She may also argue that her past practices show that she will comply in any event and that the specific conditions to be imposed by the forum court will be effective to cause her to comply with the order. The other parent claims that exactly the opposite is true.
It is impossible to evaluate the true risks that arise from authorizing an international child relocation without considering the foreign law that will apply once the child is overseas and without evaluating the effectiveness of the foreign legal system that will subsequently be called upon to implement the provisions for parental access or shared decision-making on the part of a left-behind parent. Accordingly, any evaluation of potential international relocation (or international travel) in a contested case should include a consideration of the potential impact that the laws and procedures of the foreign country may have on the child's future well-being. Counsel should secure and present such material to the court.
Unfortunately, all too often, courts and evaluators blithely--and wrongly--assume that the terms of domestic custody orders will be recognized and effectively enforced in foreign countries. In such cases, the source of the problem may be:
a. The failure of counsel for the potentially left-behind parent to provide the custody evaluator and the court in the United States with effective, reliable, admissible, and persuasive expert evidence concerning the foreign laws and procedures that would apply if things went wrong; or
b. The decision of the court in the United States to the effect that such evidence concerning foreign laws and procedures should not be considered or is inapplicable, uncertain, speculative, or otherwise unpersuasive.
In either event, the result is that the interests of the child and at least one parent are compromised and that the expectations of the U.S. court are not met.
Posted by Jeremy Morley at 1:26 PM