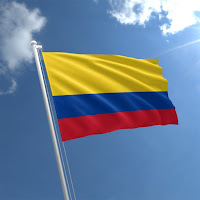 The U.S. State Department has just issued its 2017 Annual Report on International Parental Child Abduction under the International Child Abduction Prevention and Return Act (ICAPRA). The following is the Country Summary and related information for Colombia:
Country Summary: The United States and Colombia have been partners under the Hague Abduction Convention since 1996. Colombia was cited for non-compliance in the 2015 and 2016 reports.

Significant Developments: As of January 1, 2016, a procedural change limited the number of times a Convention case can be appealed. Prior to this change, some cases were delayed by numerous appeals.
Central Authority: The United States and the Colombian Central Authority have a strong and productive relationship that facilitates the resolution of cases under the Convention.
Voluntary Resolution: The Convention states that central authorities “shall take all appropriate measures to secure the voluntary return of the child or to bring about an amicable resolution of the issues.” In 2016, one abduction case was resolved through voluntary means.

Location: The competent authorities regularly took appropriate steps to help locate a child after a Convention application was filed. On average, it took less than one week to locate a child.
Judicial Authorities: Judicial processes caused delays in some cases during 2016.
Enforcement: Decisions in Convention cases in Colombia were generally enforced in a timely manner.
Access: In 2016, the U.S. Central Authority acted on a total of two open access cases under the Convention in Colombia. Of these, one case was opened in 2016. While no cases were resolved by December 31, 2016, one was closed for other reasons. By December 31, 2016, one access case remained open. No cases were pending with the Colombian authorities for more than 12 months. Department
Recommendations: The Department and the Colombian Central Authority will continue the effective processing and resolution of cases under the Convention.
Posted by Jeremy Morley at 10:29 AM