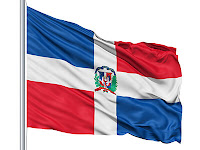 The U.S. State Department has just issued its 2017 Annual Report on International Parental Child Abduction under the International Child Abduction Prevention and Return Act (ICAPRA). The following is the Country Summary and related information from the fourth country listed as “Noncompliant” in the report, the Dominican Republic:

Central Authority: While the United States and the Dominican Central Authority have a cooperative relationship, periodic delays in the processing of cases and inconsistent communication impacted the timely resolution of Convention cases.


Voluntary Resolution: The Convention states that central authorities “shall take all appropriate measures to secure the voluntary return of the child or to bring about an amicable resolution of the issues.” In 2016, two abduction cases were resolved through voluntary means.

Location: The competent authorities regularly took appropriate steps to help locate a child after a Convention application was filed. On average, it took less than one week to locate a child.
Judicial Authorities: The Dominican judicial authorities demonstrated a pattern of noncompliance with the Convention due to serious delays at the appellate level in deciding Convention cases. Some cases have moved quickly through initial court proceedings. However, cases appealed to higher courts have taken more than four years to be resolved, including one case delayed for over four years because of the inaction of the Dominican Supreme Court. As of December 31, 2016, this case remained unresolved. Cases are generally pending with the judiciary for more than 18 months.

Enforcement: Decisions in Convention cases in the Dominican Republic were generally enforced in a timely manner.