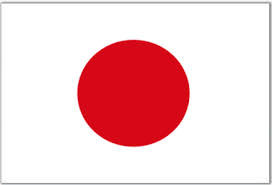 A couple in their 20s, who have a five-month-old son, have filed a suit with the Tokyo District Court against the Japanese government, challenging the constitutionality of Article 733 of the Civil Code which prohibits only women from remarrying within six months after getting a divorce.
The couple, who are from Shizuoka Prefecture, said in their suit that they were not allowed to register their marriage in July because it was only two months after the woman divorced her previous husband, Sankei Shimbun reported. Furthermore, the couple have not been allowed to register their son’s birth.
According to the plaintiffs, the two met in 2013 when the woman was living separately from her ex-husband. Her son was born in May which was right before she was legally granted the divorce. In such cases, the civil law still presumes the child’s father to be the woman’s ex-husband.
The plaintiffs are demanding 3 million yen in compensation for not being able to legally marry and not be able to register the boy as their child, Sankei reported.
The topic has been a contentious one for many years and the Supreme Court will hear oral arguments challenging the constitutionality of Article 733 as well as Article 750 which mandates that married couples choose one surname.
The issue has been in the spotlight since an Okayama woman, who is in her 20s, filed a suit with the Okayama District Court and high court two years ago, challenging the constitutionality of the two articles. However, both courts deemed that the two laws were not in violation of the constitution, ruling that the legislation helped to prevent paternity disputes and therefore had a reasonable aim. As such, the courts declared that an examination of its constitutionality was not necessary.
The Supreme Court’s Grand Bench of all 15 judges will hear the case, beginning Nov 4. It will be the first time the Supreme Court has agreed to pass judgement on such issues.
The plaintiff, who lives in Soja, Okayama Prefecture, was divorced in March 2008 and was forced to wait until October of the same year to marry her current husband. She sued for 1.65 million yen in damages, arguing the Civil Code is discriminatory because the same articles do not apply to men.
One exception to the rule is when a woman is pregnant before the divorce. Under this condition, she can remarry after the birth of a child. The law was intended to reduce the occurrence of paternity disputes, but has been criticized for restricting the behavior of women and not men.
The lawsuit was filed after the woman had a daughter with her current husband but the Soja local government did not recognize the child as being the offspring of her current husband because she had her child within 300 days of getting divorced.
According to Article 772 of the Civil Code, the child was still considered the legitimate offspring of the ex-husband who allegedly abused her. As a result, the new couple were unable to register their daughter’s birth.
Regarding surnames, there are provisions in the Civil Code that state a married couple must use a single surname—either the husband’s or the wife’s. In 1996, a legislative council of the Ministry of Justice proposed creating a system in which married women or men can have the choice to keep their own surnames, but no amendments were ever made to the Civil Code.
http://www.japantoday.com/category/national/view/couple-in-20s-file-suit-over-6-month-remarriage-ban-for-women
Posted by Jeremy Morley at 9:15 AM