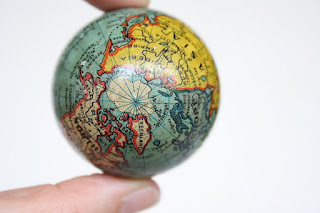 
People with assets and international connections who are contemplating a divorce, as well as the spouses of such people, should first consult us for Strategic International Divorce Planning advice. Here is what we do for a motivated client (always working with local counsel as appropriate).

This is exactly what any divorce lawyer does in a conventional divorce situation but the strategic international lawyer will pay particular attention to any connections that the family has with other countries, to assets that are located overseas and to the possibility of moving assets or family to other jurisdictions.
2. Consult with the Client as to His or Her Goals.

Divorce lawyers can easily make a bad situation very much worse. They must be extremely sensitive to a client’s real needs and desires. For example, there is no point in advising a client to move his assets into an offshore trust if that will destroy a relationship with his soon-to-be ex or drive an inappropriate wedge between him and other members of his family. Is the client prepared to move lock, stock and barrel to a new country for a few years? Does he believe that his wife will join him there? How about the children?
3. Provide an Initial Analysis of the Law in Several Different Possibly Appropriate Jurisdictions.

We will then usually consult with counsel in those jurisdictions that seem to hold the most promise.

Jurisdictions around the world vary enormously in their treatment of children upon a divorce.

Issues include:
-     -Sole custody versus joint custody.
-     -Minimal visitation rights to a noncustodial parent versus liberal visitation rights.
-     -Male-dominated approaches versus female.
-     -National biases versus impartiality.
-     -Religious biases versus impartiality.
-     -Freedom to relocate versus limited relocation.
-     -Freedom to take children overseas versus inability to do so.
An analysis of these matters must consider not only the rules on paper but the rules in practice. Enforcement issues may be critical.
6. Select the jurisdiction.

Having provided the client with the necessary information concerning each such jurisdiction, the client decides on a strategy.
7. Advise as to the steps now to be taken.

Our advice is frequently required to assist with the implementation of the strategy so as to:
(a) Maximize the likelihood that the jurisdiction in question will indeed be the jurisdiction that actually handles the matter.
(b) Minimize the likelihood that the other spouse will succeed in bringing the case in a less attractive forum or in moving the case from the better forum to a less attractive forum.
(c) Maximize the likelihood that the jurisdiction in question will view the facts of the case in as favorable a light as possible.
Caveat: Attorneys in our firm are admitted to practice law only in the States of New York and New Jersey. Any information that we provide concerning the law of another jurisdiction is subject to a client obtaining legal advice from counsel in that jurisdiction. When appropriate we will retain the services of local counsel to assist us in providing advice to a client; the client will be responsible for the payment of the fees of all such local counsel.
Posted by Jeremy Morley at 8:42 AM