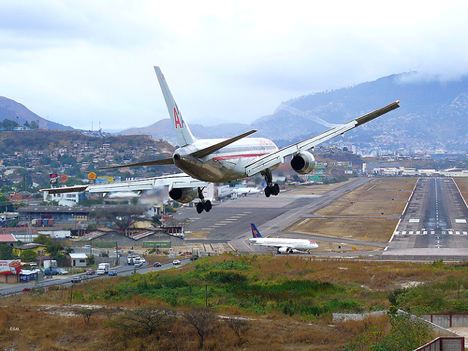 By JULIETA CHIQUILLO
There were mutual allegations of abuse, suspicions of infidelity and a nasty fight over custody of the couple’s toddler son, Drew.
But when Padmashini Drees traveled with Drew to India seven years ago and didn’t return, the family’s problems reached the U.S. State Department and the FBI.
Though custody battles tend to be messy, international cases like the one involving the Dreeses can drag on for years. The U.S. Supreme Court has wrestled with at least two disputes since 2012. Clashing legal systems become hurdles for the parents.
The parent left behind has little recourse if a U.S. court order is not recognized in another country. The parent who takes the child abroad in violation of a custody order could face criminal prosecution should he or she ever return to U.S. soil.
The North Texas case appeared to have a movie-script ending July 9, when Dean Drees reunited with Drew, who is now 10. A McKinney police photo showed a smiling father embracing his son.
Officers arrested Padmashini Drees when her flight landed at Dallas/Fort Worth International Airport. They accused her of abducting her son and put her in jail.
The case is not settled.
Padmashini Drees was released from the Collin County Jail on Sept. 2. Her felony charge of interference with child custody is pending. If convicted, she faces up to two years in state jail.
“Today, Padma has the option of making a comfortable life anywhere in the world,” said her attorney, Scott Mackenzie, in a written statement. “She has chosen to stay in the United States to fight for her son and get the justice that she truly deserves.”
Neither Padmashini Drees nor Dean Drees would speak with a reporter except through their lawyers.
The mother
Padmashini Drees’ life in the U.S. began in the early 2000s as her first marriage, an arranged union, crumbled, her attorney said.
Trained as an architect, she enrolled in a computer-aided design class where she met Dean Drees. The couple married in August 2003 and started a family in a middle-class neighborhood in McKinney.
Dean Drees filed for divorce in October 2004, nine months after Drew’s birth.
In 2006, a court in Collin County granted Padmashini and Dean Drees joint custody of Drew. It also set the boy’s primary residence with his father and ordered his mother to pay child support.
Mackenzie said Padmashini Drees, a green-card holder, lived under her husband’s constant threats of deportation.
“In light of that, I can understand why she felt the need to run,” Mackenzie said.
Dean Drees’ attorney, Tiffany Haertling, denied the allegations. She lamented that Padmashini Drees “would choose to continue to inflict hurt and grief on an already unfortunate situation.”
Drew was about 3 years old when his mother took him overseas. They lived in India and also traveled to England, France, Switzerland, Italy, Indonesia and Thailand, according to a court document.
The father
Dean Drees told a Collin County court that he made “continuous efforts” to get his son back for the seven years he was away. He hired private investigator Danny Russell to track down Drew. Russell worked with federal agencies and others to locate the boy.
Dean Drees missed Drew “immensely” and was desperate to find him, Russell said.
“He was a very polite father who was fearful of the worst because he didn’t know what had happened to his son,” Russell said. “He had no contact.”
India is a haven for parental child abductions, said Jeremy Morley, a New York attorney and former co-chairman of the International Family Law Committee of the American Bar Association.
The Asian nation hasn’t signed the Hague Abduction Convention, a treaty that encourages the safe return of children taken from their home countries.
“There is no consistency in the approaches of the Indian courts in these cases,” Morley said, “and the Indian legal system is extremely slow and can be corrupt.”
The U.S. State Department reported 702 parental child abductions from the U.S. to another country in 2013. India accounted for 28 cases, trailing only Mexico and Canada.
Coming home
In December, Padmashini Drees restored Drew’s contact with Dean Drees through video chats. Dean Drees asked his ex-wife to come back with Drew so they could both parent the boy, Mackenzie said.
“Despite the warnings given to her by Indian authorities and other people … she kind of hoped Dean would have mercy on her and try to work with her,” the attorney said.
On July 16, a Collin County court suspended Padmashini Drees’ access to her son as part of the civil custody case.
Her legal team wants to resolve the felony case before pursuing visitation with Drew, Mackenzie said. Padmashini Drees has no intention of taking her son back to India, the attorney said.
Parents should seek proper legal advice instead of trying to resolve custody issues themselves, said Morley, the New York attorney.
“She took the law into her own hands,” he said of Padmashini Drees. “Now she’s paying the price.”
http://www.dallasnews.com/news/crime/headlines/20140914-mother-s-arrest-at-dfw-airport-shows-difficulties-of-international-custody-disputes.ece

Posted by Jeremy Morley at 1:05 PM