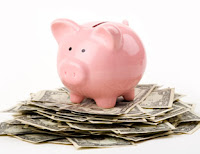 Our client, Moses Garcia, eventually succeeded in securing the return of his daughter to Wisconsin from Japan. He did so despite the rulings of Japanese courts that they would not implement the custody orders of the Wisconsin courts, where the child was living prior to her abduction. The child’s belated return, four years after the abduction, was solely a result of an arrest warrant that was issued in the case in Wisconsin and the mother’s mistake in stepping foot in Hawaii to renew her green card. She ultimately pleaded no contest to interfering with child custody, a felony, under an agreement that she would ultimately be convicted of only a misdemeanor if her daughter was returned to Garcia, who had legal custody.

A few weeks after his daughter's return, Dr. Garcia applied on her behalf to the Crime Victim Compensation Program. The Department of Justice denied payment, saying it wasn't intended for situations involving divorce. The DOJ argued that the program was never meant to compensate the kinds of emotional injuries inflicted all too often on children of divorce. But a state administrative law judge has disagreed. She found that the child’s mother had committed the compensable crime of "causing mental harm to a child," and that it was irrelevant that she was neither charged nor convicted of that specific offense. The judge found the girl's four-year stay in Japan completely cut off from her life in Wisconsin, which was not comparable to the emotional injuries suffered by children in more typical divorces.

Initially the Justice Department declared that it would appeal the ruling but the appeal has subsequently been withdrawn
Posted by Jeremy Morley at 12:05 PM