International Child Relocation & the Plight of the Expat Spouse 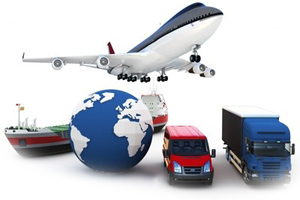 International child relocation is a hot issue in the States as it is in Australia. And some hot issues just don’t get solved.

We’ve been trying a case for weeks (on and off) in New York between two French parents, one of whom wants to relocate to Paris. The law on the topic is extremely simple, but its application is difficult and potential outcomes are quite unpredictable. Our legal brief cites little more than one case, the famous Tropea case from New York’s Court of Appeals. The case holds that each relocation case should be decided on its individual facts to determine what is in the best interests of the child. While various factors should guide the court in its analysis, there are no presumptions. It is simply up to each court to determine, based on all the proof, whether it has been established by a preponderance of the evidence that a proposed relocation would serve the child's best interests.

Since cases are completely unpredictable, each side often chooses to fight to the bitter end. And lawyers feel compelled to supply all possible evidence because New York’s top court has instructed trial courts to consider “all the proof.” This means that many cases are full-scale battles with voluminous testimony and extensive expert opinions and psychological reports. New York generally requires the appointment of a lawyer to represent the interests of the child, so there are usually at least three sets of lawyers to any case. The one predictable result is often financial disaster.

Last weekend I attended an excellent American Bar Association meeting on international family law in Washington. One session was on international child relocation. The international panelists did their level best to do more than merely complain about the unhelpful state of the law, but on this topic that is really hard to do.

The discussion focused on a grandiosely-named document entitled “the Washington Declaration on International Family Relocation” developed by an august group of experts. I remember when, with some real enthusiasm and expectancy, I opened my first email about the Declaration and noticed that there were 13 Articles and 13 Factors. While I did not quite expect something akin to the Declaration of Independence or the Universal Declaration of Human Rights, I was frankly astonished to discover that it all added up to just about nothing. It is another laundry list of factors that judges should consider. It contains no presumptions and no priorities. This is not a criticism of the valiant people who drafted the document. It reflects the disagreements between decision-makers and pressure groups on this topic.

Some years ago the American Academy of Matrimonial Lawyers prepared a Model Relocation Act, but its members could not agree on even the most basic issues, such as who should bear the burden of proof and whether a relocation request justifies opening a full custody modification hearing. As a result the Model Act merely presents possible alternatives that individual states might consider.

Until recently the English courts followed a clearer course. In the leading case, Payne v. Payne, Thorpe LJ stated with approval that relocation applications by the primary care provider would normally be granted except when incompatible with the child’s welfare. The benefit of that ruling was that the English law was at least fairly predictable. However, in Re K (Children) [2011] EWCA Civ 793, the Court of Appeal has now backed away from “the Payne guidance.” Just how far remains to be seen.

A key difference between international and domestic cases concerns the nature of the applicants. Parents who apply for international relocation generally have fundamentally different circumstances, concerns, and needs than parents who want to relocate domestically. Such factors should be better understood.

Expatriate parents who seek to relocate internationally with their children typically share similar experiences and challenges, which need to be better understood by lawyers who act as their advocates and by judges who decide the fate of their children. Applications by expats for international relocation are often made by mothers who want to return to their country of origin. They seem to fall into three distinct categories. (In a text such as this there is no way to avoid making generalized observations. The purpose is not to stereotype people but to promote better understanding of their circumstances).

A “trailing spouse” is one who accompanies the other spouse (typically her husband) on an assignment to a foreign country, usually for a limited number of years. The husband has usually achieved significant success in his career and is pleased to improve his situation by making an international move. It is a situation that is often fraught with danger for the trailing spouse.

In what is a very typical scenario, after some years in the foreign country, the parties' entire world has changed. The husband has advanced his career, has adapted well to life there and wants to stay indefinitely, or at least extend his stay. However, his wife has had an entirely different experience. She is lonely, isolated, and miserable. She does not work, misses her family and her friends, and has experienced far more culture shock than she expected. The relationship between the spouses has spiraled downward. The wife wants to “go home” with their child while the husband insists that they stay put or that she return without the child.

The wife is shocked that the husband refuses to allow her to take their child back home. She feels that she was dragged to a foreign country, is furious that he does not appreciate the sacrifices that she has made for his career and feels betrayed that he husband is forcing her to live in an alien country without support, family, friends, or career.

The husband's argument is also compelling. He opposes relocation on the grounds that the child has by now lived for a large portion of his life in the current location; is thriving there; and all of his friends are there. He contends that the wife is being selfish in wanting to take their child away from his father to a place that he does not remember, and away from everything that the child knows in his current home. This argument is often the winning one, especially if the focus is on the child to the exclusion of the mother. While the court may give lip service to the notion that a happy mother is a better mother, that issue is often trumped by the “facts on the ground” that the child has been in the current location for a considerable period of time.

The second category is the “romantic expat” who moves from his or her home country for romance, often to a country whose culture, traditions, and language are entirely different. Such relationships are especially prone to breakdown even after (and perhaps because) they have a child. When that occurs the foreign mother inevitably wants to go back home with the child. She is shocked when the husband insists that she must not do so; after all, she came to the current country only because of him and now that he has “let her down” she cannot understand why he wants to keep her a prisoner here. In court the father presents all of the arguments that the husband in the previous scenario presented, with the additional factor that the child has lived his entire life in the current jurisdiction.

The third category is the “holdover expat.” This is someone who left his or her home country for a temporary period of time, perhaps coming to the current jurisdiction to study or on a work assignment. After some years there he or she meets someone and they have a child. When the relationship breaks down the expat wants to return to the country of origin with the child. In court the party who opposes relocation uses the same arguments as were used in the two prior scenarios, but with the added factor that the foreign parent was already living in the current jurisdiction when they met and has lived in there for a longer period of time.

In all three scenarios the arguments presented in opposition to the relocation application often prevail. The courts focus on the best interests of the child without fully appreciating the drastic impact that the mother's unhappiness and often justifiable bitterness will have on the child's wellbeing. Not only are the mother's concerns insufficiently understood, they are often labeled unfairly by lawyers and judges as selfish, irrational, crazy, and obsessive. In each scenario the mother is the primary caregiver. She is the one who is typically required to choose between abandoning her child and abandoning her family, friends, career, and culture in her home country. It is difficult not to feel great sympathy for her predicament, especially if she is the one who has been abandoned.

Denial of an application for relocation can have severe and devastating consequences. A typical downward spiral is as follows:
i. The mother feels that she is imprisoned in this country.
ii. The mother considers abducting the child.
iii. The father increasingly fears that the mother will abduct the child.
iv. Each parent tries to increase his or her control over the child.
v. The mother takes steps to take the child to her home country.
vi. The father makes an emergency application to court to prevent abduction.
vii. The court issues an order preventing the mother from leaving the jurisdiction.
viii. The relationship between the parents is completely destroyed, to the substantial detriment of the child.

The consequences may then include: parental alienation; criminal child abduction; Hague Convention litigation; enormous expenditures on legal fees; parental inability to agree on anything; and increasing police and judicial intervention, all of which causes awful consequential damage to innocent children.

There is no quick and easy solution to these problems. However, a starting point is to understand better the plight of the expatriate spouse. Clients who wish to return to their country of origin in situations such as these often find that their lawyers and therefore the courts do not adequately appreciate the extent of their plight and the merit of their cases. Many complain with justification that they are treated as difficult, uncaring, or crazy even by those who are supposed to be helping them. It is essential to understand what it is that these people are going through and to appreciate--and communicate effectively to the court--that their responses are the natural and typical consequences of the situations in which they have been placed.

Such understanding exists in the business world, where it is commonly accepted that spouse/partner dissatisfaction and other family concerns are the most significant cause of “expatriate assignment failure”--defined as “the inability of an expatriate to perform effectively in a foreign country and, hence, the need for the employee to be fired or recalled home.” International companies now devote substantial resources to what I have termed the “plight of the expatriate spouse.” The legal system should encourage similar understanding.

In many cases a fair, appropriate and enforceable compromise solution would be a far better result than a blanket denial of relocation. If the other country has a developed an effective legal system, child custody laws that reflect a similar philosophy to ours, and strong laws to prevent international child abduction, an appropriate solution might be to allow relocation more liberally provided that many of the terms listed in the following section are included in the court's order.

Such a solution is far from perfect but it would often be far better than the present policy in many courts of routinely denying most international relocation applications even in compelling cases.