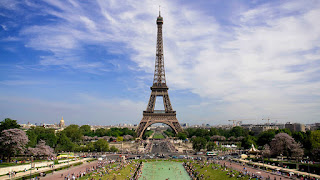 A French Jewish mother has won a custody battle in France against a Saudi prince, who has been ordered to return their 10-year old daughter he was alleged to have kidnapped after their cross-religious romance turned sour.

The Paris criminal court ordered Prince Sattam al-Saud from the kingdom’s founding royal family, to hand over custody of his daughter Aya to her French mother, Candice Cohen-Ahnine, and provide child support of €10,000 (£8,300) a month.

For the past three-and-a-half years, the prince has kept Aya in a Riyadh palace despite efforts by the French foreign ministry and President Nicolas Sarkozy's office to resolve the issue.

But the French court ruling appears to have had no effect on the prince. “What do I care of Sarkozy?” he is cited as telling Nouvel Observateur magazine. “If need be, I’ll go like [Osama] bin Laden and hide in the mountains with Aya.”

Miss Cohen-Ahnin, 34, and the prince met in London 14 years ago at Brown’s nightclub and their daughter was born in November 2001.

Their relationship continued until 2006 when he allegedly announced that he was obliged to marry a cousin, but that she could be a second wife. She refused and they separated.

Miss Cohen-Ahnine claimed that her daughter was taken from her during a visit to Saudi Arabia in 2008 and that she was held in the prince’s palace where she had only fleeting meetings with her daughter.

She said she managed to leave when a maid left her door open and she sought refuge in the French embassy.

Miss Cohen-Ahnin was eventually spirited out of the country after the prince allegedly produced a document purporting that she had been Muslim but had converted to Judaism — a crime punishable by death.

She said she was concerned about her daughter’s upbringing when she discovered Facebook photos of her in a niqab and playing with her father’s firearms.

Despairing at the lack of diplomatic progress, she published Give My Daughter Back, a book recounting her ordeal, in October.

Since the court ruling, the prince faces an international arrest warrant for ignoring the custody sentence.

Mrs Cohen-Ahnine said the court ruling was a “great victory for me and vindicates everything I have said … but I’m still very worried for my child’s future.”

The prince denied ever having kidnapped the child or the mother.

Speaking to The Daily Telegraph, he said: “She was free to come and go as she pleased.”

He said she had converted to Islam and the two had married in Lebanon under Islamic law, and under terms of the divorce, put through courts in Lebanon and Saudi Arabia, the parents were to share custody of the child.

He said the protocol was drawn up in Saudi Arabia offering her a house, all expenses paid and access to the child and the possibility of taking her on holiday for one-and-a-half months a year.
He said she left Saudi Arabia for France without even telling the family. He claimed that she said: “'Give me two million euros and take the daughter’. I said, 'No, I don’t bargain over my own child’. That’s when the problem started.”

The prince said he would send lawyers to France to challenge the court decision but not his daughter.

“France hasn’t got the right to take her back. She is a Saudi citizen and a princess. They cannot oblige a princess to leave this country,” he said.

For more information on Saudi Arabia and International Child Abductions, please go to:
http://www.international-divorce.com/saudi_child_abduction.htm
Posted by Jeremy Morley at 10:16 AM