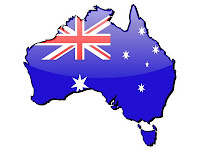 I had the great pleasure of lecturing in Tokyo this week on the Hague International Child Abduction Convention on a panel with The Hon. Justice Victoria Bennett of the Family Court of Australia.
She was most impressive in discussing her insistence on sensible decision-making in international custody and abduction cases.
A quick internet search of her name led me to one of her recent decisions in an international case, discussed in the article below, which confirms her application in practice of an intelligent and practical approach to tricky international child custody cases.
Judge orders Spanish lessons for children
BELLINDA KONTOMINAS, Sydney Morning Herald,April 22, 2010
A COURT has ordered that an Australian mother enrol her children in Spanish classes to learn the culture and customs of their father's homeland.
Family law experts say the decision is highly unusual, but consistent with changes to laws emphasising cultural factors when considering what is in the best interest of a child when parents separate.
The woman, known in court documents as Ms Quang, met the man in Spain in August 2004 and they had plans to settle in Australia. But by October 2006, when their Spanish-born daughter was 16 months old and their son was about to be born, their relationship had broken down.
It was agreed that if the woman returned to live in Australia with their two children, she would allow them to spend two months each year with their father in Spain.
But she later refused to fly the children to Spain, claiming she had signed the agreement under duress and the children would experience separation anxiety away from her care.
During a Family Court hearing the mother was described by the judge as ''fearful and desperately sad at the prospect of having to return to Spain with the children''. The father was adamant that his children would not know him properly until they had stood on Spanish soil and ''benefit[ted] from his rich family life.''
The mother would consider taking them to Spain if the father first developed a relationship with them in Australia.
The father had never met his son and the only contact he had had with his children since the separation was by webcam and telephone, the court heard.
Justice Victoria Bennett accepted that if the children spent a long time without their mother ''the bottom would fall out of their worlds''.
Justice Bennett ordered they remain living with her in Victoria and that for the next three years, the father visit them there for three weeks, gradually increasing the time he spent with them on each occasion.
She also ordered they learn the language and customs of their father's culture.
A senior lecturer in law at the University of Wollongong, John Littrich, said he had not heard of such an order in 13 years in practice. The court had found an effective way to maintain the cultural link between the children and their father so he did not become more of a stranger to them, he said.
A professor of law at Sydney University, Patrick Parkinson, said it was a smart and ''creative'' decision.
Posted by Jeremy Morley at 6:02 PM