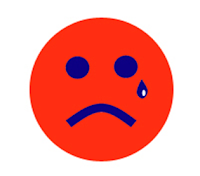 Public knowledge is beginning to grow concerning Japan’s status as one of the world’s worst havens for international parental child abduction.

The problem is tolerated by the Japanese Government because the abductors are almost exclusively Japanese nationals. In fact the Japanese Government is often a knowing participant in such abductions. Japanese consulates issue passports to Japanese mothers and their children even when courts in the United States order the mothers not to take their children out of the country and require that all passports be deposited in court.

At the Senate’s confirmation hearing on June 10th for Kurt Campbell, the nominee for Assistant Secretary of State for East Asian and Pacific Affairs, Senator Jim Webb made a strong statement on the “frustration level” with Japanese child abductions. He asked Mr. Campbell to “get on this” immediately upon his confirmation. Mr. Campbell responded by stating that he had met with several of the families of the abducted children and he promised to raise the issue in his first meetings with his Japanese colleagues.

This follows a press conference at the U.S. Embassy on May 21st at which diplomats from the U.S., France, Canada and the U.K. again asked Japan to sign the Hague Convention on the Civil Aspects of International Child Abduction.

Unfortunately the response of the Japanese Ministry of Foreign Affairs' International Legal Affairs Bureau was to say that, "The attitude of the government is non-involvement in civil affairs. However, with the number of international marriages and divorces rising, the possibility of signing is under consideration.” This is diplomatic language that seems to mean, “Get lost.”

Posted by Jeremy Morley at 3:33 PM