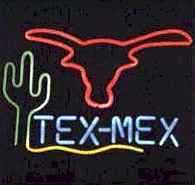 It is unfortunate that courts are usually extremely reluctant to judge the effectiveness of other countries’ legal systems, even when such findings need to be made in international custody and visitation cases. Judges often feel great discomfort in making negative findings as to a sovereign country’s judges and courts. They may feel that they are not in a position to make fair evaluations of foreign legal systems; that they might be accused of xenophia or insensitivity to foreign ways; and that “people in glass houses shouldn’t throw stones.”

However there is no way to evaluate the true risks involved in authorizing or failing to prevent international child visitation and international child relocation without evaluating the effectiveness of the foreign legal systems that will be called upon to remedy a child’s wrongful retention in a foreign country.

Judicial reluctance to make the necessary decisions on these issues -- hard as the decision-making task may be -- endangers children when it results in a child being taken to a country which is unlikely to order the child’s return to the United States. In the face of strong evidence to the contrary -- which courts should encourage -- courts should not blithely assume that a foreign court will probably do the right thing when it comes to ordering the return (for example) to the United States of the child of a citizen of the country in question.

In some extreme cases the U.S. State Department makes a judge’s work much easier. While for diplomatic reasons the State Department is understandably reluctant to cast aspersions on many foreign countries, it does issue critical judgments as to some of the worst offenders.
Such determinations provided the basis for a Texas appeal court to uphold a decision to require supervision of all visitation between a father and his son since there was a serious risk that the father might abduct the child to Mexico. In re Sigmar, --- S.W.3d ----, 2008 WL 4816557 Tex.App.-Waco,2008.

International family lawyers know all too well that it is extremely difficult, and very often entirely impossible, to get an abducted American child back from Mexico. Although Mexico is a party to the Hague Convention on the Civil Aspects of International Child Abduction it does not do what it is required to do under the terms of that treaty.

In the Sigmar case the Texas court made findings as to the Mexican legal system and as to safety in that country by relying exclusively on the State Department’s published materials. These materials included the State Department evaluations of Mexico’s compliance with the Hague Convention, and its published warnings concerning travel in certain parts of the country and concerning trafficking in women and children for the purpose of sexual exploitation.

In reliance on such reports the trial court made rulings, which the appeal court upheld, that Mexico:

§ Has no legal mechanism for the immediate and effective enforcement of a child custody order;

§ Has local laws or practices that would enable the father to prevent the mother from contacting the child without due cause, restrict the mother from freely traveling to or exiting from the country because of gender, nationality, or religion; and restrict the child's ability to legally leave the country when she reaches the age of majority because of gender, nationality, or religion;

§ Is a country for which the State Department has issued a travel warning to U.S. citizens; and

§ Poses a risk to the child's physical health and safety because of her specific circumstances and because of “human rights violations committed against children, including child labor and lack of child abuse laws.”

As a result of those findings and in view of evidence that the father posed a risk of abduction, including the fact that the father was liquidating assets in the United States, the court required that all visitation between father and child be strictly supervised.

While one may certainly applaud the willingness of the Texas courts to make blunt findings concerning a foreign country, one wishes that the trial court had asked both sides to submit evidence on the issue, rather than simply relying on the State Department’s conclusions. The State Department is not a judicial body and while its conclusions may be afforded great significance they are not the be-all and end-all when it comes to deciding whether a foreign judicial system is likely to return an abducted child promptly and effectively. Those decisions should be made by the courts after the submission of evidence for and against the proposition.

The case is now on appeal to the Supreme Court of Texas.
Posted by Jeremy Morley at 6:33 PM