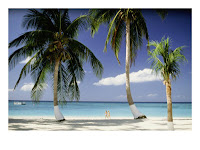 The chief justice of the , Mr Justice Smellie, has launched a staunch defence of trusts and has railed against what he described as the “entirely misguided” criticism of offshore trusts by onshore authorities. So reports legalweek.com.

This fuels expectations that there will be an unprecedented stand-off between offshore and onshore judges over the issue. In the landmark Charman v Charman divorce ruling, the English Court of Appeal ruled last year that assets in offshore trusts created by one spouse may be included in the "matrimonial pot" of assets that an English court in a divorce case should “fairly” divide. In that case the husband had created a discretionary family trust in for the purpose, he claimed, of benefiting his prospective heirs. He had then moved his business and himself to Bermuda, changed the jurisdiction of the trust from Jersey to and appointed a Bermudan trust company trustee.

Ms. Charman now has an action pending in to enforce the English judgment and compel the delivery to her of a portion of the trust assets.

In a number of similar cases involving Jersey trusts, ’s has sided with the English courts. But Justice Smellie’s speech has raised expectations that offshore jurisdictions might now take a tougher line and refuse to follow the English practice.

Posted by Jeremy Morley at 9:21 PM