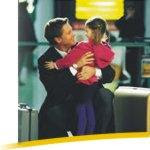 The English courts -- unlike the courts in many countries, including in many situations the United States -- insist that child abduction cases are resolved expeditiously. In the European Union, following the entry into force of the Brussels II bis Regulation, there is now an obligation that the entire process of child abduction cases be completed within six weeks. Indeed, the European Commission has suggested that to guarantee compliance return orders might be enforced pending appeal, see Practice Guide for the application of Council Regulation (EC) No 2201/2003. The English Court of Appeal came down strongly on this issue in In re M (Child abduction: Delay). In its ruling dated July 31, 2007, the Court insisted that courts, judges and lawyers need to be aware of the pressing time limits in cases involving allegations of child abduction. The court of trial had to complete the process within six weeks and once a judgment had been sent to counsel in draft, there should only be a brief period in which to draft the consequential order.

For this reason, the Court of Appeal (Lord Justice Thorpe, Lord Justice Collins and Lord Justice Toulson) refused to grant permission to appeal to the father against the dismissal by Mr Justice Sumner of his application under the Hague Convention on the Civil Aspects of International Child Abduction 1980, as scheduled to the Child Abduction and Custody Act 1985, and Council Regulation (EC) No 2201/2003 (Brussels II)(OJ 2003 L338/1).

The originating summons had been issued on April 4, 2007. The judge heard the case on May 21, 2007 and elected to put his conclusions in writing which were emailed to counsel on May 25. However, Lord Justice Thorpe said that it was quite unacceptable that the sealed order giving expression to that judgment was not dated until June 21. He insisted that to waste a whole month in the timescale of a Brussels II case was completely unacceptable, and that counsel needed to understand that once judgment was with them in draft, there should only be a brief period in which to draft the consequential order.

It is to be hoped that the lesson of this case is heeded in other jurisdictions.

Posted by Jeremy Morley at 8:24 AM