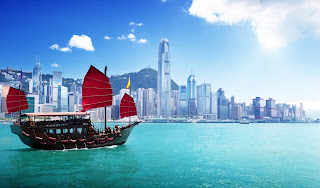 The courts of Hong Kong deal with large numbers of international divorce cases. Hong Kong has jurisdiction if certain specified conditions are fulfilled but it is important to understand that the courts may decline jurisdiction on the grounds of inconvenience in some cases.

Hong Kong courts have jurisdiction of divorce cases if –

a) Either of the parties to the marriage was domiciled in Hong Kong at the date of the petition or application; or

b) Either of the parties to the marriage was habitually resident in Hong Kong throughout the period of 3 years immediately preceding the date of the petition or application; or

c) Either of the parties to the marriage had a substantial connection with Hong Kong at the date of the petition or application.

The meaning of the term “domicile” is significantly affected by a Domicile Ordinance “to consolidate and reform the law for determining the domicile of individuals” enacted as of 1 March 2009, which amends the common law of domicile in certain respects. The Ordinance provides that:

-every person has a domicile but not more than one;

-on becoming an adult, an individual retains the domicile that he had immediately beforehand;

-an adult acquires a new domicile in a country or territory if he is present there and intends to make    a home there for an indefinite period;

-a child is domiciled in the country or territory with which he is for the time being more closely connected;

The meaning of the term “substantial connection” has been discussed in several international divorce cases. Cases have held that a party’s connection with Hong Kong must be “of sufficient significance or worth, to justify the courts of Hong Kong assuming jurisdiction in respect of matters going to, and consequential upon, the dissolution of that party’s marriage.” In this regard, a judge stated that:

“good sense dictates that there is a difference between residing in Hong Kong for a month or two to oversee a short-term project and being posted here together with one’s family for a period of several years.”

Hong Kong courts may decline to accept jurisdiction by reason of the doctrine of forum non conveniens.

In order to warrant such an order the applicant must establish that there is another available forum that has competent jurisdiction and that is the appropriate forum for the trial of an action i.e. in which the action may be tried more suitably for the interests of all the parties and the ends of justice.

In order to answer this question, the applicant for the stay has to establish that:

1.      That Hong Kong is not the natural or appropriate forum (‘appropriate’ in this context means the forum has the most real and substantial connection with the action); and

2.      That there is another available forum which is clearly or distinctly more appropriate than Hong Kong.

If the applicant is able to establish both of these two matters, then the plaintiff in the Hong Kong proceeding has to show that he will be deprived of a legitimate personal or juridical advantage if the action is tried in a forum other than Hong Kong.


“The family courts in Hong Kong have vast experiences in dealing with cases of an international dimension.  Many involved the large expatriate community in Hong Kong whose assets are located both in Hong Kong and overseas.  The Hong Kong courts regularly deal with the valuation of overseas properties and make orders thereto.  In terms of convenience and expense of hearing, Hong Kong has a purpose-built technology court room with video linkage to overseas countries.”


Jurisdiction to Make a Financial Award Even After a Foreign Divorce Has Been Obtained:


Pursuant to Part IIA of the Matrimonial Proceedings and Property Ordinance effective 2011, courts in Hong Kong may order financial relief to a former spouse whose marriage has been dissolved outside Hong Kong.  Before doing so, the court must consider the following matters:
a) the connection that the parties to the marriage have with Hong Kong;

b) the connection that those parties have with the place where the marriage was dissolved or annulled or where they were legally separated;

c) the connection that those parties have with any other place outside Hong Kong;

d) any financial benefit that the applicant or a child of the family has received, or likely to receive, in consequence of the divorce, annulment or legal separation, by virtue of any agreement or the operation of the law of a place outside Hong Kong;

e) if an order has been made by a contemporary authority outside Hong Kong requiring the other party to the marriage to make any payment or transfer any property to, or for the benefit of, the applicant or a child of the family-
(i) the financial relief given by the order; and
(ii) the extent to which the order has been complied with or is likely to be complied with;

f) any right that the applicant has, or has had, to apply for financial relief from the other party to the marriage under the law of any place outside Hong Kong and, if the applicant has not exercised that right, the reason for that;

g) the availabilty of any property in Hong Kong in respect of which an order for financial relief in favor of the applicant may be made;

h) the extent to which any order for financial relief is likely to be enforceable; and

i) the length of time that has elapsed sice the date of the divorce, annulment or legal separation.
Posted by Jeremy Morley at 1:49 PM