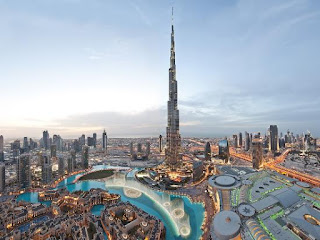 From an article concerning a case in which we are working on getting a baby back from Dubai, United Arab Emirates

Clarksville, TN--Stacy Peters returned to her family’s home in Dubai United Arab Emirates (UAE) on March 27 to a nightmare that has left her fighting for the chance to once again see her now-16-month-old daughter, Caroline Grace Peters.

Stacy Peters and her daughter Caroline left their Clarksville home and went to Dubai in August 2011 to live with her husband, Charles “Chuck” Peters. Charles Peters, a former major in the U.S. Army’s Special Forces, had taken a two-year contract working in contractor training for UAE special forces.

Two-days after she left Dubai, Charles Peters filed criminal charges alleging prostitution, neglect and adultery. The charges under UAE law, which is written with Islamic Shari’a principles, could end in a death sentence for Stacy Peters if she is convicted, according to one of her attorneys, Lee Berry IV.

Despite the legal hurdles including possible prosecution for crimes that Stacy Peters said she did not commit, a team of attorneys are working to bring Caroline Peters back to U.S. soil.

On April 16, Judge John H. Gasaway granted an injunction and Caroline Grace Peters was to be returned to the United States. Monday, an attorney for Charles Peters, Joshua Lindsey, of Nashville, filed an emergency motion to dismiss the case.

After the hearing, Judge Gasaway denied Lindsey’s motion to dismiss the case, stating, he didn’t “have to recognize UAE laws, but only the laws in the state of Tennessee” and he was “not governed by the laws in UAE.”

He ruled Tennessee was Caroline’s home state and ordered Lee and Bates to draft a detailed order for the immediate return of Caroline to the United States. Included in the order will be Gasaway’s ruling involving the civil contempt of Charles Peters, the granting of temporary custody to Stacy Peters and child and spousal support. Questions involving Charles Peters’ passport being revoked, so he cannot flee Dubai, as well as travel orders, are still under consideration, according to court records.

Although Gasaway ruled in Stacy Peters’ favor, he wished her luck and told her that she would possibly have to use “diplomatic channels” to get relief, including reaching out to state and national leaders.

The judge’s order is the first step in many to reunite the toddler with her mother. Berry and Bates said they will continue fighting to ensure the safe return of Caroline.

“Our primary concern to this matter is the safe return of the child to the United States and her mother,” the attorneys said in an official statement. “We believe justice will be upheld today and strongly hope that this court’s orders are followed here and abroad. We will continue to fight until Caroline has been returned to the loving embrace of her mother.”

Jeremy Morley, a New York-based international attorney, who is also representing Stacy Peters, said Dubai judicial laws and United States laws differ greatly and getting an order from a U.S. judge is not the end of the line in bringing Caroline home.

“The law in UAE is that custody is based on the Shari’a law which is an Islamic law, and in applying that law they look at a parent’s religion, gender and the behavior of the parents. They will find a mother incompetent to have custody if she has engaged in behavior they consider to be immoral,” Morley said.

“In addition, they have a law that is enforced severely that allows one spouse to accuse the other spouse of adultery or other improper sexual conduct. That’s what’s happening here. The UAE courts do not usually enforce American orders and the courts in UAE. They are not part of the Hague Convention on International Child Abduction. They chose not to participate in the international communities in dealing with international problems by signing the Hague Treaty and that’s an enormous red flag.”

The Hague Convention on International Child Abduction seeks to protect children from the harmful effects of abduction and retention across international boundaries. The UAE is not a signatory under the Uniform Child Custody Jurisdiction Enforcement Act. The UCCJEA is designed to deter interstate parental kidnapping and promote uniform jurisdiction and enforcement provisions in interstate child custody and visitation cases, according to a U.S. Department of Justice, Juvenile Justice report.

“Unfortunately children are used as pawns in a very serious game in which parents are fighting with each other and accusing each other of conduct,” Morley said. “It would be remarkably unusual if the authorities in Dubai would enforce this kind of an order that way. We would expect the law enforcement authorities to assist in securing the Tennessee order. UAE is a sovereign country. If this parent chooses to ignore the order he will be arrested.”

In 2009, Morley represented Chris Savoie, a Tennessee father, who was jailed in Japan after he went overseas to get his children. His wife, Norika Savoie, originally from Japan, took the children to Japan after an American court granted Christopher Savoie full custody. Savoie was imprisoned for 18 days in Japan facing kidnapping charges, according to a CNN report.

In March 2011, the Japan Cabinet approved a plan to bring the country in line with the Hague Convention on International Child Abduction, according to a CNN World report.

“The publicity led to pressure being put on Japan by the Western world and caused Japan to sign the Hague Convention,” Morley said. “It is our hope UAE follows.”

The victory Monday left Stacy Peters and her family with hope that Caroline will be returned despite the many hurdles they may have to cross.

Stacy said that, although she knows she has a large international battle ahead of her, she is hopeful she will see her daughter again.

The entirety of the article, written by Tavia Green, appears here:

Posted by Jeremy Morley at 8:25 AM